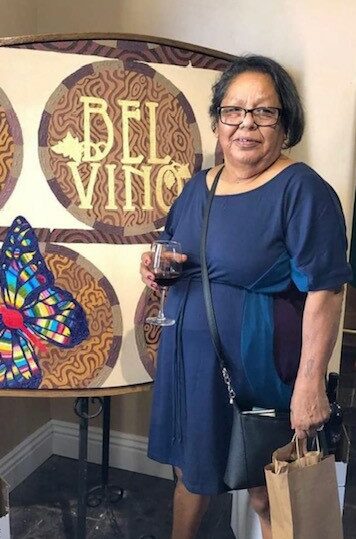 Eleanor Bustamante, age 65, loving mother of three beautiful daughters, passed away on the evening of December 7, 2021 after a sudden diagnosis of heart disease. Eleanor was born in 1956 in Fresno California and grew up around eight brothers and sisters and a lot of cousins. Her motherhood was influenced by her Mother Betty, who she was closest to and gained her selflessness, hardworking and loving traits from.

She met the father of her children, Daniel in 1974 while living in Santa Monica California. Eleanor became a mother to a baby girl, Sonia in 1983, soon after in 1985, she had another baby girl, Lydia, and four years later she completed her family with her third baby girl, Daniella. As a mother, she was the kind that every kid wanted. Her girls friends would often tell her, they wished they had a mom like her.

Eleanor was at every school function, every softball game, every soccer game and she always had Gatorade, sunflower seeds and gum for the whole team. She was the kind of Mother who gave everything her girls wanted and needed, how she did it as a single parent, only she would know. Eleanor never made it known, she just always made it happen, anything for her girls.

Eleanor is a Grandmother, also known as “Little Grandma” or “Grandma Elly” to seven Grandchildren, Aaden 16, Neolani 12, Elijah 8, Jionni 6, Olivia 5, Ethan 10 months and Camila 7 months. She was absolutely thrilled to be a Grandmother and often spoiled them. She would love to play with her grandkids and also take them to their practices and school functions. She was at every graduation and sports event, she simply adored her grandkids with all her heart.

Eleanor has two daughter-in laws, Yadira and Victoria and one son-in-law, Junior. She had gained great respect from her children-in-laws. There wasn’t anything she wouldn’t do for them and there was nothing they wouldn’t do for her. Eleanor was definitely a second Mom to them. She always told them to take care of her girls. Eleanor was also a Godmother, also known as “Nina” to three goddaughters, Dionicia, Leanor and Sarah.

We love and miss you so much Mom, I know you are in a better place and the pain will eventually fade away, but we do want you to know you are a wonderful human being and an even better Mother, until we have the pleasure of seeing you again, we will continue to live our life to the fullest like you would want us to.

Eleanor is survived by her three daughters, two daughter-in-laws, one son-in -law and seven grandchildren.