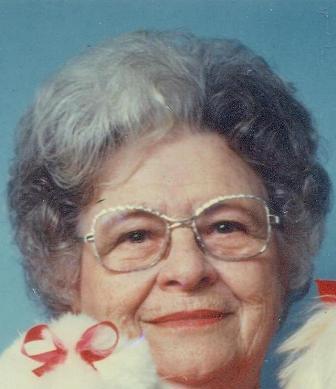 Eleanor (Dee) Dolores Burge, raised in Inglewood, CA, with most of her years a resident of Gardena, passed away on Tuesday, May 6, 2014 in Torrance. She was born in Victor, Colorado, and 98 when she died. Dee went to Inglewood High School. She was a secretary at the Frank Taylor Ford, Los Angeles car dealership, and then worked at the photographer studio J. Watson and Son Studio, assisting with ordering and delivering graduation pictures, going out to high schools in the LA, Norwalk, La Puente, Rolling Hills, and Palos Verdes areas. After leaving the studio, she purchased and ran a bar in Gardena, retiring several years later to Wofford Heights in the Lake Isabella area. She then moved for a while back to Gardena, then onto Hemet, from there to Lake Elsinore, followed by short time in Oregon, and finally back to Gardena. Dee loved music, dancing, and dining out, and had a passion for purple, orange and red. She attended the Gardena Senior Center, and for a time volunteered calling seniors daily to chat and ensure they were fine. She is survived by daughters Marie Darleen Handley of Oregon, Sharon Stephens of Artesia, CA, her friend "adopted daughter" Mona DeWeese and very good friend Richard Amaro, grandchildren Walter, David and Michael Loeffler, and Lisa Stephens, thirteen great-great grandchildren, and five great-great-great grandchildren. She was preceded in death by her husband, Bob Burge, granddaughter Michelle Loeffler and parents, Marie Cullison Jones and Ted Jones. The Graveside Service will be held at Inglewood Park Cemetery on Friday May 16, 2014 at 2:00 pm, with a reception to follow at Village Mobile Park club house at 17100 Gramercy Pl., Gardena, CA 90247. In lieu of flowers, donations may be made to St. Jude Children's Hospital.