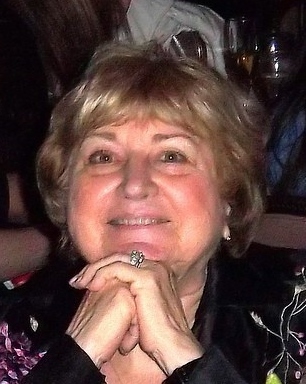 Eleanor Bienlein 1935-2016 Born in Buffalo, New York, raised in West Los Angeles and a long-time resident of Manhattan Beach, Eleanor Bienlein passed away on April 29, 2016. Eleanor was born on July 27, 1935, the daughter of Ramon and Maria Vazquez, both immigrants from Spain. In 1946 the family loaded the car with their belongings and moved west, settling in Culver City. Eleanor attended St. Augustine's School, where she first met her husband of 52 years, Skip Bienlein. She then went on to Conaty Catholic Girls High School and received her RN from St. Vincent's in 1956. Skip and Eleanor married shortly before her graduation from St. Vincent's, started their family of three daughters and moved to Manhattan Beach in 1957. Eleanor served as volunteer school nurse, Juniorette leader and car pooler for her daughters' sporting events. Later she worked as a nurse in multiple corporate settings before retiring in 1992. Eleanor had a warm heart and was always willing to help anyone in need. She loved to entertain family and friends, and Christmas Eve was particularly special to her. You will be missed, much love, your family. Eleanor is survived by her daughters Chrisann, Caryn and Cynthia, their husbands Eric, John and Jim, and grandchildren Caitlin, Britta, Bryanna, Brook, Bryce, Jeff and Kevin. She is further survived by her brother, Louis Vazquez. Funeral services for Eleanor Bienlein will held at 10:00 am, Monday, June 6th at American Martyrs Church in Manhattan Beach.