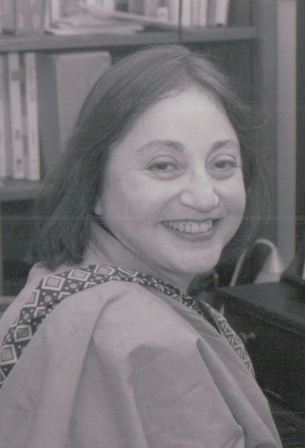 Elayne Sidley, who passed away peacefully at City of Hope Medical Center in Duarte in the early morning hours of Thursday, February 19, 2015, was born in Chicago in 1935, the second of the four children of Sidney and Shirley Goldman who had both immigrated from Eastern Europe. After earning degrees in education and certification as a teacher, she taught elementary school in Chicago, in New York, and then in Charlottesville, VA, where she began her growing family of four children. The family later lived in Great Lakes, IL, Seattle, WA, and Leiden, the Netherlands, before finally settling in Rancho Palos Verdes, CA, in 1973. Elayne later developed, wrote, and edited books and other educational materials for Educational Insights, a Los Angeles area publisher. After attaining master's degrees in psychology and in English, she returned to teaching, this time in the English departments of community colleges in the South Bay and at California State University, Dominguez Hills. There she met Burckhard Mohr, a fellow teacher, and they became devoted companions during the last fifteen years of her life. Although Elayne had many interests, she most enjoyed traveling, folk dancing, and writing, performing, and publishing poems, short stories, and dramatic monologues. She was also a passionate and imaginative cook. While saddened by the loss of her physical presence, we are comforted in the knowledge that Elayne's spirit will continue to watch over us: her companion Burckhard Mohr, our children Ralph Zinner of Houston, Samuel Zinner of Seattle, Marilen Zinner of Bakersfield, Jonathan Zinner of Fountain Valley, Esther Mohr Heerz of Frankfurt, Germany, and Michael Mohr of Harbor City, our grandchildren Avery, Benjamin, Amber, Devon, and Sarah, her brother Ivan Goldman of Rancho Palos Verdes, all of the spouses, and a far-flung circle of cousins, nieces and nephews. A memorial service followed by interment will be held on Monday, February 23, 2015 at 1:00 pm at Green Hills Memorial Park in Rancho Palos Verdes.