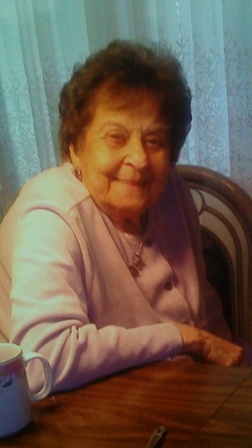 Elaine Maurene Rachwitz, 88, passed away October 24, 2015. Born 1926 in North Dakota, she spent her early years in the Midwest and moved to Southern California with her husband in 1953. They settled in Redondo Beach in 1964. Elaine had a strong faith in God and was a loving and compassionate person who would give to anyone, no matter their need. She was loved and admired by all who knew her. Elaine is preceded in death by her husband Keith "Porky" Rachwitz (1981), a son Terry Rachwitz (2007) and grandson Christopher Rachwitz (1993). She is survived by her daughter Patrice (Jim) Coons of Fountain Valley and son Michael (Linda) Rachwitz of Moreno Valley. Also surviving are granddaughters Kaily Rachwitz of Moreno Valley, Karlee Harris of Fountain Valley and Diana (Preston) Ruff of Harker Heights, Texas; grandsons Bret (Karen) Rachwitz of Meridian, Idaho, Tony Coons of Fountain Valley and Thomas Murray of Rapid City, South Dakota; also, five great-grandsons and two great-granddaughters. A viewing will be held Tuesday, November 3rd from 5:00pm until 9:00pm at Rice Mortuary, 5310 Torrance Blvd., Torrance, CA 90503, (310)792-7599. Services are scheduled Wednesday, November 4th at 1:01pm at Riverside National Cemetery, 22495 Van Buren Blvd., Riverside, CA 92518, (951)653-8417. In lieu of flowers, the family suggests donations to: People and Cats Together (PACT), Box 133, Redondo Beach, CA 90277, (310)230-5974, or to the charity of your choice. Messages of condolence may be sent to the family directly at mrach@roadrunner.com or Rachwitz Family, 14274 Windjammer Drive, Moreno Valley, CA 92553.