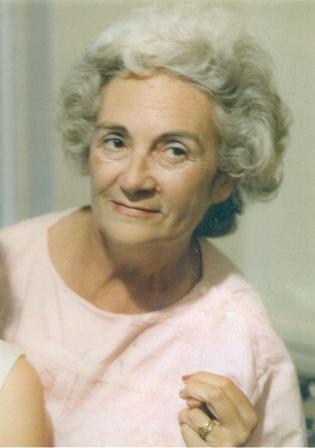 Eileen Helen (Bathgate) Fredrick, 87, of Torrance, CA, passed away on April 23, 2015. She was born in Providence, Rhode Island on November 5, 1927 to Grace (McLeod) and John Bathgate. After marrying she moved to San Francisco where nine of her eleven children were born. She was pre-deceased by her eldest son Richard in 2004. She is survived by her husband Francis, son Allan, daughter Marcia Peirce and youngest son and loving caretaker Gilbert, all of Torrance. Sons Mark of Cranston, R.I., Francis of Johnston, R.I., and Christian and Michael, both of Coventry, R.I., daughter Catherine Aust (Paul) of E. Greenwich, R.I., son John (Jami) of Tumwater, WA, and son Phillip (Laura) of Kennewick WA. Her grandsons, also of Torrance – Matthew Fredrick and Michael Peirce and great-granddaughters Angelea and Matea Fredrick, who were the light of her life and sang and danced to cheer her while she was sick. She also leaves grandchildren Virginia Just of Long Beach, Melissa Fredrick of San Antonio, TX, Amanda Aust of E. Greenwich, R.I., Ryan Fredrick of Vancouver, WA, Francis Fredrick of Johnston, R.I. Ashli Nesbit of Hope Mills, N.C., and Jacob and Jessica Fredrick of Kennewick, WA, along with two other great-granddaughter she didn't get to meet: Jurnee Nesbit and Emma Lynn Fredrick. She also leaves a brother, Phillip Bathgate of Florida. Eileen was the sweetest person to everyone she ever met. She was an agel here on earth and now an angel once again. She will be missed immensely by so many.