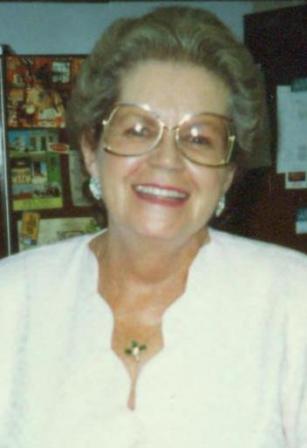 Eileen Margaret Sullivan Hardy, 86, of Rancho Palos Verdes, California passed away on October 9, 2014. Eileen was born in New Rochelle, New York on September 16, 1928 to Irish immigrant parents, Denis Joseph Sullivan and Christine Lynch Sullivan. Eileen was the eldest of five children, which included her two sisters, Maureen Farley and June Walsh; and her two brothers Dennis Sullivan and Ronald Sullivan. At an early age, Eileen understood perseverance, fortitude and hard work. Eileen graduated with honors from Saint Gabriel High School. She was also the captain of the basketball team and the swim team. She attended the College of New Rochelle School of Nursing graduating with high honors in theory and nursing practice. This honor would foreshadow her future as a compassionate, knowledgeable and astute nurse. In 1950, Eileen met and married the love of her life, Dr. Robert E. Hardy. Together they would build a thriving medical practice, travel the world and raise their seven children: Robert, Kevin, Denis, Sean, Maureen, Erin and Colleen. Eileen was a voracious reader, queen of the cross-word puzzle and a superb knitter. She volunteered in the classroom, catechism class and for various charities throughout the community. Time spent with each of her eleven grandchildren, Robert Hardy, Theresa Hardy, Oonagh Hardy, Devin Hardy, Dylan Hamilton, Keegan Hardy, Cassidy Hamilton, Sean Hardy, Brenna Hamilton, Mitsuye Hardy, Caiolinn Hardy were cherished moments in her life. Eileen will be remembered for her sense of humor, faith and strength by all who had the pleasure of her company. She is preceded in death by her late husband, Dr. Robert E. Hardy, and her loving daughter, Erin. A celebration of her life will be held in her honor on Friday, October 24, 2014 at 11:00 a.m. at St. John Fisher Church 5448 Crest Road, Rancho Palos Verdes, California 90275. In lieu of flowers, donations would be gratefully appreciated by Hospice- Providence Little Company of Mary Hospital, Torrance California.