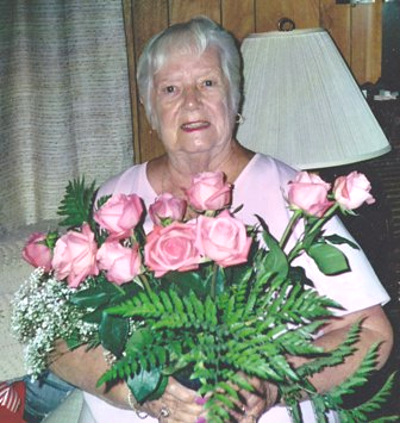 Eileen Francis Neeland, age 88, passed away on July 5, 2017 Visitation and Services will be held at Rice Mortuary in Torrance, California on July 13, 2017. Burial will follow at Pacific Crest Cemetery in Redondo Beach. Eileen was hired at General Telephone (GTE) in 1955 and she worked there for 37 years prior to her retirement. In 1974 she married John Harvey Neeland and enjoyed life with her new husband and her existing family. Eileen enjoyed her clubs that she attended at the Carson Community Center. Subsequently Eileen relocated to Las Vegas where she spent her final years with her daughter Kathy and her granddaughter Angela. Eileen was a loving wife and a loving mother. She was preceded in death by her husband John Neeland and her two eldest children, Leslie Wayne Collins of Oregon and Melody Sue Mack of Redondo Beach. She is survived by her two children Kathy Marie Luna of Las Vegas and Donald Preston Collins Jr of North Carolina. She is also survived by her sister Helen Morris of Evansville, Indiana. Additionally, Eileen was a loving Grandmother to the following: Anthony Joseph Luna of Tokyo, Japan; Angela Marie Luna of Las Vegas; Brian Wayne Collins of Washington; Dawn Michelle Gnadt of Redondo Beach; Kristi Lynn Mack of Gardena; Brandi Hibbs of North Carolina and Kimberly Destefano of North Carolina. She is survived by eight great-grandchildren. Rice Mortuary in Torrance, California will be handling the arrangements.