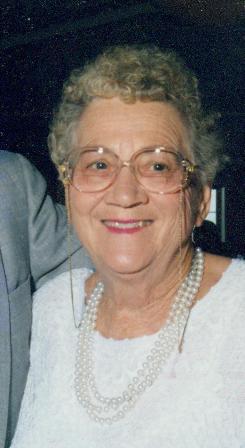 On May 13, 2016 we lost our wonderful mother, grandmother and great-grandmother Merle Deuschle aka Fudge Lady. She began her life 94 years ago in Jacksonville Florida, one of eight siblings. She and her sister Erline came to San Diego, California in 1942 to work in the aircraft industry during WWII. This is where she met the love of her life, Oren Deuschle, and married in 1944 and they had 58 years together. They began their family and relocated to Torrance, California raising four children. Merle started her long career of 30+ years as an OSD clerk in the freight transportation industry. After retiring she made her famous fudge for the local fire and police departments both in California and Florida. She is preceded by her husband Oren and son Sidney, survived by daughters Linda (Jim) Coupas, Darlyn (Reggie) Jones and Loren Sprayberry. She had nine grandchildren and eight great-grandchildren and one great great-grandchild due in June. Visitation will be held at Rice Mortuary, Torrance on May 25th from 9am to 11am with services beginning at 11am and a reception immediately following.