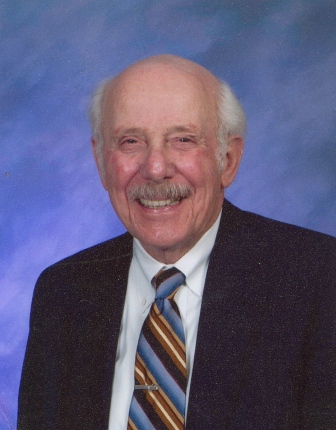 Gilroy, Edwin Bernard, "Eddie", a 55 year resident of the South Bay, passed away on Friday, February 24, 2012, in Palos Verdes Estates. Born in Highland Park, IL, Eddie was 88 when he died. Eddie served in the Army Air Corps during World War II, subsequently served in the Air Force Reserves, and was honorably discharged in 1955. After graduating from the University of Minnesota, Eddie lived and worked in Chicago, IL, before relocating to Southern California with his wife, Olga, and their children. For more than 50 years, Eddie was active throughout his South Bay community, serving on numerous civic enterprises, including the 1984 Los Angeles Summer Olympics, and as a member and an officer of both St. Lawrence Martyr Catholic Church in Redondo Beach, and the Palos Verdes Breakfast Club. An avid runner and sports enthusiast, Eddie completed eight marathons after the age of 50, played tennis, and coached or managed numerous youth sports teams. With his passing, Eddie Gilroy left a legacy of faith, civic pride and devotion to family. He is survived by Olga, his beloved wife of 63 years, of Palos Verdes Estates, CA; daughter Laura Gilroy Hastings of Torrance, CA; son, Paul (Gerrie) Gilroy of San Diego, CA; son Edwin (Aimee) Gilroy of Alexandria, VA; daughter, Melinda (Larry) Holland of Banning, CA; brother Thomas (Delores) Gilroy of Indian Wells, CA; and four grandchildren, Erin, Katherine, Matthew and Elizabeth. He was preceded in death by his parents, Catherine and Edwin Gilroy, his sister, Harriet, and brother, Michael. Services will be held at St. Lawrence Martyr Catholic Church in Redondo Beach on Thursday, March 1, 2012 at 10 am. A reception follows in the church hall. Burial will take place at Green Hills Memorial Park in Rancho Palos Verdes at 1:30 pm. In lieu of flowers, donations may be made to Providence TrinityCare Hospice Foundation or Palos Verdes Estates Community Assistance and Resources for the Elderly and Seniors (PVE-CARES).