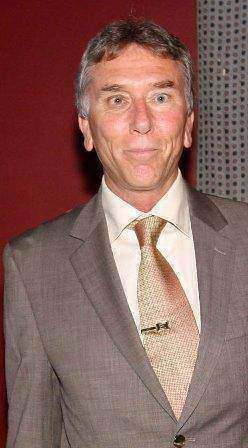 Edward "Eddie" Louis Buker, 59, of Torrance, passed away in his home Monday, February 20, 2012. He was born on November 13, 1952. in Culver City, CA. Eddie graduated from West High School in 1971. Professionally, he was in the plumbing business for 25 years as General Manager. As soon as Eddie was able to stand alone, he found himself standing on a surf board. He was always passionate about surfing; devoted to his yearly trip to San Elijo to surf Cardiff Reef; and, took great pride in sharing the sport with his oldest son. Eddie also got great pleasure from golf and was known for his planning of the annual Bogey Tour each year with his duffer buddies. They were some of the best times that most of them will never forget. With four children, he has coaching experience in most every sport. He loved teaching them "the game" and became their greatest cheerleader. Whether it be surf competitions, gymnastics meets, soccer tournaments or theater, he was their biggest fan. He even made time for teaching Sunday School at Hope Chapel for many years. His friends and the kids of friends will never forget Eddie's antics on group camping trips. He was a pro on the grill, always willing to give water-skiing a try, rounded up kid activities and told stories around the fire. He contributed to the memories of many children. Eddie is survived by parents, Elena and Frank "Ed" Buker of Torrance, CA; four children, Kerry of Menifee, CA and Katie, Kevin and Seann of Torrance CA; sister, Peggy (John) Rivas of The Woodlands, TX; sister Nancy (Tommy) Collins of Oklahoma City, OK; brother David Buker of Torrance; and ex-wife Peggy Buker of Torrance. In lieu of flowers, donations may be made to TrinityCare Hospice, TrinityKids Care(www.trinitycarehospice.org), 310-257-3535.