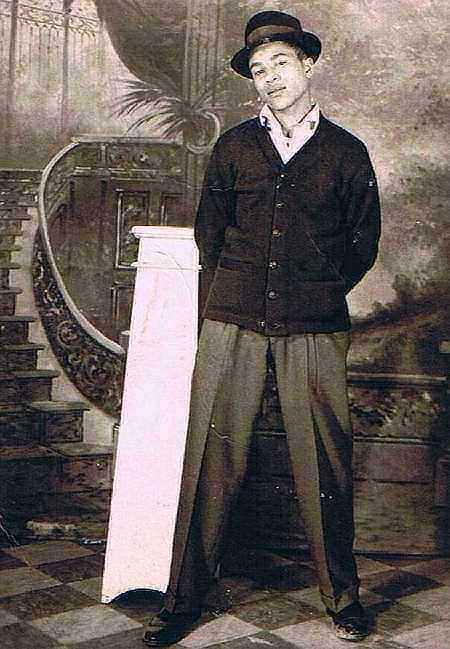 The extraordinary life of Edward "Eddie" Horan began on November 27, 1938, in Brooklyn, New York. He was one of five children from the union of Paul Horan, Sr. and Rev. Daisy Horan. He was a responsible and talented child who utilized music to tell his life story. Upon the culmination of high school in New York, he elected to serve our country by enrolling in the United Stated Air Force. As an U.S. Air Force Veteran, he traveled the world. Throughout his travels, he met and married Barbara Ann Horan on December 23, 1958, in Alexandria, Louisiana. Born of this union were six children. Prior to the marriage, he bore another child. After serving his country, he resumed a 30 year career with McDonald Douglas/Boeing Aircraft, where he achieved success when he developed and negotiated the first governmental contract for the C-17 military cargo plane. While serving in the military and working for McDonald Douglas/Boeing, he integrated his life's journey with the love and talents of music. With these talents, he was a writer, sound engineer, and singer on albums produced for himself and others, including The Jackson 5. Every weekend, it was guaranteed to find him at the piano playing and singing to ballads just written. He also enjoyed the craft of building and construction. With this passion, he was instrumental in building and remodeling the family's home. Later, in the midst of it all, he returned to post-secondary education to complete his Bachelors of Arts degree from Redlands University. Eddie never skipped a beat. After retirement, he toyed with the idea of one day authoring a series of short stories and business development books. Through his perseverance, he successfully achieved his dream of writing three quick reads of "hip hop pockets" a series of business know-how paperback books. During this phase of his life, he found how the use of technology would garner him an infinite time of travel anywhere in the world. He spent countless hours on the computer utilizing his talents in the arts while conceptualizing ideas for the next production. Eddie was respected by many and often referred to as 'Big Eddie' by his nephews and nieces; throughout the neighborhood where his family resided, he was often referred to as 'pops and Mr. Horan'. Everyone that walked in the house knew to remove their hats out of respect. When he walked inside the grocery store, the clerks would wave and call him by name. And, through his many life experiences and wonders, Eddie's 17 year battle with "Diabetes" ended on his 75th birthday, November 27, 2013, in Orange County, CA. Eddie is preceded in death by his parents, Paul L. and Rev. Daisy Horan; his siblings, Paul Jr., Melvin, Constance, and Mary Horan; his two children, Elaine Marie and James Gregory Horan; his brother in-law, Raymond Aguillard, and sister in-law, Rose Bullet. He is survived by his wife, Barbara Ann Horan; his five children Edward Paul, Patricia Diane McCaskell, Roxanne Marie Walker, Bridget Yvette, and Thomas Victor Horan; his son in-law, Herman Walker, (11) grandchildren, and (10) great-grandchildren. He is also survived by his brothers in-law, James "Jimmie" and George "Butch" La Fear, and Rodney Aguillard; sisters in-law, Yvonne Jacques, Francis and Sherri LaFear, Paulette and Michelle Aguillard, in addition to a host of nieces, nephews, great-nieces, nephews, and friends.