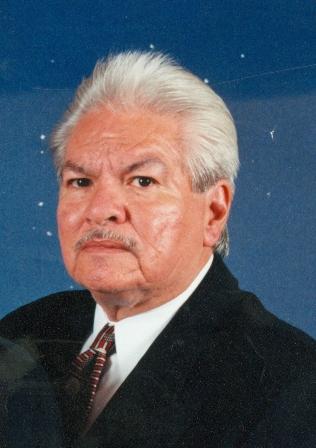 Edward H. Tenorio, of Hawthorne, passed away peacefully the early morning of December 13th, 2011, after a lengthy illness. Edward was born March 18, 1939 in Willard, New Mexico, to Alex and Mary Tenorio. The Family moved to the Los Angeles, California area, where he attended local schools. He served in the United States Marine corps, followed with various occupations, retiring from Ducommun in 2006. He married his wife, Tina in 1967 and always enjoyed hunting and fishing. He was preceded in death by his father, Alex and survived by his beloved wife Tina of Hawthorne, mother Mary and sister Barbara Centino (Joe) of Riverside, brother, Alex (JoAnn) of Camarillo, along with many relatives and friends, by whom he'll be missed. The family thanks the Santa Fe Home Care Staff for their care and loving relationship. Services will be held Thursday, December 29th, 2011 at 9:30 AM at Rice Mortuary, 5310 Torrance Blvd., Torrance. Interment will be at Riverside National Cemetery.