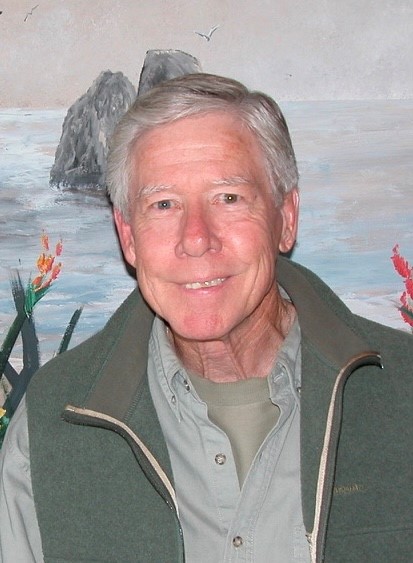 Ed was born in Minneapolis, Minnesota to Edward and Lethea Sweely Glynn. Ed had two older brothers, Barney and John. Not very interested in academic studies, he focused his attention on cars and motorcycles, which were the main theme of Ed’s life.

Ed was married twice. His first wife, Marilyn, and he were married for more than 30 years when Marilyn passed away. Together they had three children, Diana, John and Laurie, who gave Ed six grandchildren and two great-grandchildren.

Ed was married to his second wife, Karen, for over 22 years at the time of his death. He had the great fortune of finding two supportive women whom he loved dearly, and who loved him equally, in his lifetime.

Ed served in the Air Force and was stationed in Okinawa during the Korean War. Ed had various jobs throughout the years including glass blower, machinist, and mold maker. He had a successful several years in professional flat-track motorcycle racing, and then began a very rewarding career with American Honda Motor Company.

Ed started as a Honda Motorcycle Service Rep covering the Midwest and in short time was promoted to Midwest Zone Service Manager. A promotion to California around 1979 saw him lead National Service then National Sales. In his final years, he worked with the legal department as the Honda Corporate witness in countless depositions and trials across the country in All Terrain Vehicle (ATV) product liability cases.

Ed was an avid metalworker his whole life, taking after his great great grandfather, who was a blacksmith and originally from Wales. He attended Dunwoody Trade School in Minneapolis. He was certified for missile welding and a machinist by trade. He created a well-equipped machine shop in his garage and was also capable of extraordinary woodworking art.

As a child, Ed would slide his bike for hours at a time around the driveway of his parents house, being chased by their pet duck, Elmer. Later he did the same with his motorcycle. And he loved sliding cars in the snow, and would take his children out with him, reveling in their cries of “Do it again, Daddy!” One time he slid so well that he went back to do it again in his ’55 Chevy, but this time he smashed the quarter panel against a pole.

Ed was one of the first flat track racers in Sturgis, South Dakota. Racing dirt track motorcycles at far flung tracks in the 1950/60s, Ed and other Minneapolis based riders would travel together with their gear packed into panel vans or station wagons, towing a trailer. Racing Sunday and getting back home to work on Monday typically required up to 500 mile all night drives. The riders would take turns sleeping on the open trailer sandwiched in sleeping bags between the bikes. Although illegal and potentially more dangerous than racing, Ed recalled it was quite restful.

Ed loved to drive cross-country, either on a bike or in a car, and would drive the highways at well over 100 just for fun.  He did this with his son several times. His love of speed more than once nearly got him killed, but it didn’t stop him.

Ed was also interested in building and construction. He remodeled his Torrance home from a one-story to a two story. He completed the design, engineering, and built the home from the ground up by himself. It took several years to complete as he was also working full-time at Honda.

Ed had the opportunity to testify in front of a Congressional Sub-Committee in Washington D.C. during the height of the All Terrain Vehicle litigation.

He once appeared in a Magic act with magician Blackstone, Jr. on a Vegas stage while hosting a Honda Motorcycle Dealer Convention. It was always a fond memory.

Ed loved art and drawing; going to bars (in younger years) or out for coffee (in later years) to people-watch and chat with strangers; to visit car shows and listen to the sound of classic car engines; and to spend his days working and creating in his workshop. He loved the challenge of attempting what others said could not be done.

He will be sorely missed.

Donations, in lieu of flowers, can be made to the Parkinson Foundation at https://www.parkinson.org/