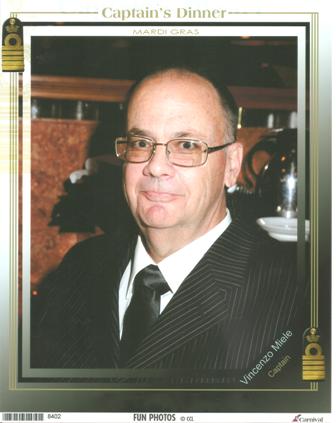 Edward Alan Betraun, a Redondo Beach resident and Southern California native who had a heart of gold matched with a fierce love for his family, has passed away. He was 54. Ed died on Saturday, November 3, 2012, due to complications associated with pancreatic cancer. He had been battling the deadly disease for over a year, and was surrounded by family when he left to be with the Lord. Edward was born on December 28, 1957 in Inglewood California, and graduated from Aviation High School in Redondo Beach in 1976. Ed played center on the high school football team. And while still in high school, he met his wife, Pamela, at a church youth group meeting. Pamela was only sixteen years old when she met Ed, and the two of them remained inseparable until death forced them to part. They married in 1979 at Trinity Lutheran in Hawthorne, California, and soon after, started their family. "He was definitely a family guy," said his son, Corey. "For my Dad, family always came first." Pamela and Edward went on to have four children, and over the course of their marriage they were known to offer their hearts and home to many other children. "My Dad loved many of my friends like they were his own, and many of my friends loved my Dad and looked to him as a father figure," said Corey (Betraun). Ed was a co-founder of a church youth group named "Kids in Christ" at Calvary Presbyterian church in Hawthorne, California, and also taught Sunday school when his children were growing up. "He would load all of us kids from church group into our family van and take us to Christian punk music concerts," said Corey. "He loved it." Ed worked for US Food Service, where he was warehouse manager. During his free time he enjoyed Disneyland as well as going on cruises with his family. He and his wife were married for thirty-three years, and left behind an example of love and loyalty for their children to cherish for years to come. Ed worshiped his wife and loved his children deeply. He will be sorely missed, and fondly remembered by all who knew him. Along with his wife, Pamela, Ed leaves behind his four children - Nick, Corey, Kaylan, and Amy, as well as his daughter-in law Ashley, Jill Martin (Corey's girlfriend), and his sisters - Susie Kerr, Christina Betraun, and Lorita (Michael) Brown. His parents-Ruth Bell and Albert Betraun, and beloved Grandparents, Bucky and Mimi Bell precede him in death. Services will be held on Saturday, November 10, 2012 at Rice Mortuary in Torrance from 5-6 pm, Reception from 6-8. There will be a microphone set up to share any "Ed stories". Address: 5310 Torrance Blvd, Torrance, CA (310) 792-7575 Donations are welcomed in honor of "Edward Betraun" to the American Cancer Society.