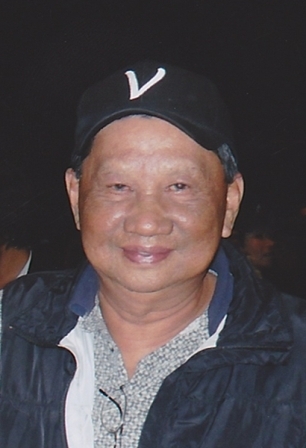 Eduardo Ongliongco Del Rosario, a 26 year resident of Carson CA, passed away on Tuesday April 28, 2015 in Carson, CA. Born in Manila, Philippines, Eduardo was 69 when he died. Eduardo married Milagros Santos on July 10 1965. He was a self-taught electrician who began his career in 1967 at The Subic Naval Base in the Philippines servicing U.S. warships during the Vietnam War. He worked with the U.S. Navy until 1987 receiving numerous awards for commendation from U.S. Naval Officers he worked directly under. Afterwards he migrated to the United States of America with his family, where he became a resident of Carson California. He loved working on cars and taking walks to Veteran's park with his dog Jung. He was often called upon to help friends and family with any handyman job they were having difficulties with. Eduardo is survived by his wife Milagros Del Rosario; daughter Mildred Del Rosario, sons Eduardo (Jr,) Del Rosario, Eric and Karolina Del Rosario, Mark Del Rosario. A gathering of family and friends will be held on Tuesday May 5, 2015 at Rice Mortuary from 1:00pm until 11:00pm. The Rosary will be recited at 7:00pm. The Mass of Christian Burial will be celebrated at St. Philomena Catholic Church on Wednesday May 6, 2015 at 10:00am. Location for the reception after the mass is still to be determined.