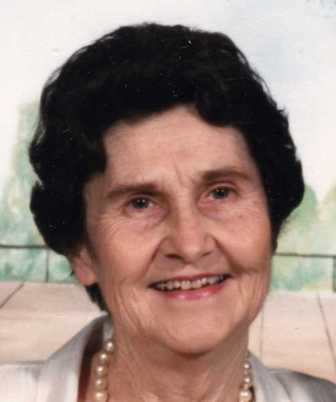 Edith S. Dees, 1919-2013 Edith Dees passed away peacefully at her home in Torrance on Monday, November 25that age 94. Edith was born to Howard and Edyth Steen in Monterey, Alabama where she and older brother Bayne grew up on the family farm. Her education began in a one room school and culminated with a B.S. in Education from the University of Alabama. She taught elementary school for ten years. Her students included Morris Dees (no relation to her future husband) who founded the Southern Poverty Law Center, a world famous civil rights institution. In 1946, she ran into former high school classmate Bobby Dees at Morrison's Cafeteria in Montgomery. She and the Air Force Captain would wed a year later. To Edith's father's chagrin, Bob spirited her away to Washington, D.C. where she did her best to learn to cook (and it became Bob's turn to be chagrined). In later life, she confessed she hadn't been too interested in becoming a mother, but had hoped her fondness for kittens and puppies indicated potential. Son Rob Jr. and daughter Edie provided her some practical experience. The family moved to the Hollywood Riviera section of Torrance in 1956. Except for three years, Edith and Bob would spend the rest of their days in this neighborhood that they loved, and where they were loved. Edith served as a Cub Scout den mother along with future Torrance mayor Katy Geissert. She served two terms as president of the Riviera Garden Club. As empty nesters, Bob and Edith visited places around the world that this country girl could never have imagined. Edith was known for her Southern accent, her gentle graciousness, her oatmeal cookies and her intense concern for everyone except herself. Her later years were enriched by friendships with younger neighbors including Laura Babb and Cindy Dennis. She was predeceased by her brother, husband and son and will remain in the heart of her daughter, who thanks Torrance Memorial Hospice, caregivers April, Sonia, Roman and Amy, and PT Faye Guffey. In Edith's memory, you are encouraged to enjoy a garden today.