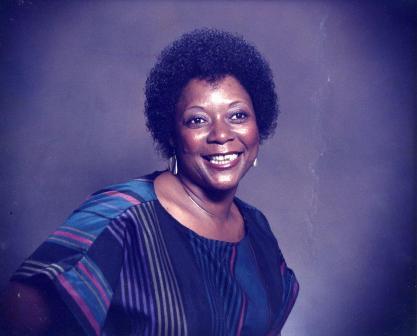 Earnestine was born to Otis Foster and Jessie Mae Thomas on April 3, 1944, in Ruleville, Mississippi. Her mother remarried to Charlie Hamer, who lovingly raised Earnestine as his own. Her parents and Charlie Hamer, preceded her in death. Earnestine met the love of her life, LC Bedford when she was 18 years old. They married soon thereafter. Earnestine was educated in the public school system of Mississippi. Her first employment was as a Preschool teacher in her hometown. She then found employment as a correctional officer at the Mississippi Department of Corrections, Parchman. Earnestine relocated to Illinois and worked at the Illinois Department of Corrections, Dwight Women's Facility. She earned her sharpshooter's badge while at Dwight; imagine that, Earnestine a "Sharpshooter." She had over 30 years of experience with the Department of Corrections and retired from Dwight in 1984. Earnest and her family moved to Los Angeles, California on August 11, 1984. Earnestine enjoyed her life to the fullest. She loved to travel and in a heartbeat she would get up and go where ever her heart desired. There was no sitting still for her. She was a member of the Order of the Eastern Star, Chapter #115 Clarkdale. Earnestine was very fond of her great-grandchildren. She loved to feed them all day long. She continued to do this until the very end of her life. Earnestine was lovingly called "Stine", "Mom", "Granny" and "GG" by her loved ones. She was a member of True Vine Gospel Church under the leadership of Pastor Alfonso W. January. On Saturday, September 13, 2014, God called her home and she was granted her angle wings. Her final days were spent surrounded by her loved ones. She will be greatly missed. Her three brothers, LD McGee, Ollie Thomas and James Foster, all preceded her in passing. Earnestine leaves to cherish her memory, her loving husband of 52 years, LC Bedford Sr.; four children: David Foster (Jean) of Walls, MS, LC Bedford Jr. (Vanessa her dutiful caregiver who remained by her side until the very end) of Palmdale, CA, Gail Bedford (Jay) of Lancaster, CA, and Alvin Bedford Sr. of Palmdale, CA; six grandchildren: Arteasha 'Peachy' Bailey-Martin (Deron) of Palmdale, CA, Alvin Bedford Jr. of Lancaster, CA, A'Shanae Bedford of Inglewood, CA, Adrianna Bedford of Lancaster, CA, Asya Bedford of Los Angeles, CA, and Isabella Rueda-Bedford of Lancaster, CA; five great-grandchildren: Alon Ratliff, Angel Martin, Ayden Martin and Aston Martin of Palmdale, CA and Ahmad Jones of Lancaster, CA; three sisters: Patricia Thomas (Fred) of Compton, CA, Susie B. Hamer of Norcross, GA, Peggy Jones of Chicago, IL; and a special sister-in-law Vercenar Love of Kankakee, IL; one brother John Foster. She also leaves to cherish her memory a host of nieces, nephews, other loving relatives and friends.