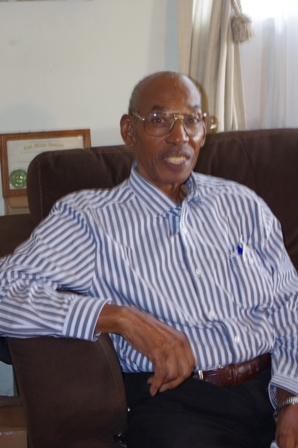 Celebrating the Life and Legacy of Deacon Earnest Whalem Sr. On February 13, 1936, an extraordinary baby boy was born in Georgetown, Mississippi. His parents the late Huston and Hattie Whalem named him Earnest Whalem. He was the tenth of twelve children. His education was cut short to go to work and help his father support their family. On July 23, 1955 Earnest was united in Holy Matrimony to the love of his life Mary Nell Haley. Down through the years the two were inseparable. They shared 61 years filled with love, laughter, and enjoying each other's company. During their retirement, they didn't let no dust get under their feet. They would take trips to Palm Springs, Las Vegas, and Mississippi. They were known for going to Hometown Buffet every Friday. They were best friends and exemplified what a married couple should look like. They had five children together: Jessie L. Whalem, Mary L. Whalem, Lester E. Whalem, Carolyn D. Moreland, and Earnest Whalem Jr. Earnest and Mary moved to Los Angeles, CA. in 1957. Earnest worked at Bellfoundry for 23 years. He then worked at the Long Beach Navy Shipyard for 18 years where he later retired. Earnest loved the Lord and received Christ into his life in 1970. He was an active member of Greater Big Bethel Missionary Baptist Church. Where he served on the usher board and was ordained Deacon, also served as Sunday School Superintendent, and Chairman of Deacon Board. Earnest was a devoted husband, father, grandfather, great-grandfather, and great-great grandfather. He was a man of God with a humble and meek spirit. He was loved by many who knew him. He was a self-made man who was handy and a hard worker. He was sure to provide for his wife and family. What an awesome example of a good man. Deacon Earnest Whalem Sr. was called to be home with the Lord on Tuesday, April 12, 2017. Now there is no more pain, no more tears, no more "you can't have salt", and no more suffering. Only sweet peace with his Heavenly Father. His three brothers and four sisters preceded him in death: Essie Beasley, Ethel M. Amos, Johnny Whalem, Gearleen Smith, Abel Whalem, Melvin Whalem Sr., and Priscillar Pendleton. Deacon Earnest Whalem Sr. leaves to cherish his loving memories his loving and dedicated wife Mary Nell Whalem; two precious daughters, Mary L. Whalem and Carolyn D. Moreland and three loving sons, Jessie L. Whalem, Lester E. Whalem, and Earnest Whalem Jr.; one son-in-law Carl E. Moreland Sr.; 11 grandchildren; DeAndre Whalem, Manuel Spear Jr., Shavon Starks, Lester A. Whalem, LaQuita Whalem, Jessieka Whalem, Calyn Whalem, Robert Thomas III (Kassandra), Tyre Moreland, Theresa Moreland and seven great grandchildren Brittany Spear, Manuel Spear III, Ka Meiya Spear, Ki Leyah Spear, and great granddaughters; Tatiana Roberts, Perish Whalem, and Ka Lesa Whalem; one great-great grandson Kenny Spear; four sisters Kathleen Sorrell, Martha Ann Brown, Lubertha Freeman, and Sally A.(Bobby) Brent; two sisters-in-law Janie Pearl, Beulah Harper; one brother-in-law Hollie Haley Jr. and a host of nieces, nephews, cousins, friends, and church family. In my Father's house are many mansions: if it were not so, I would have told you. I go to prepare a place for you. And if I go and prepare a place for you, I will receive you unto myself; that where I am ye may be also. John 14:2-3