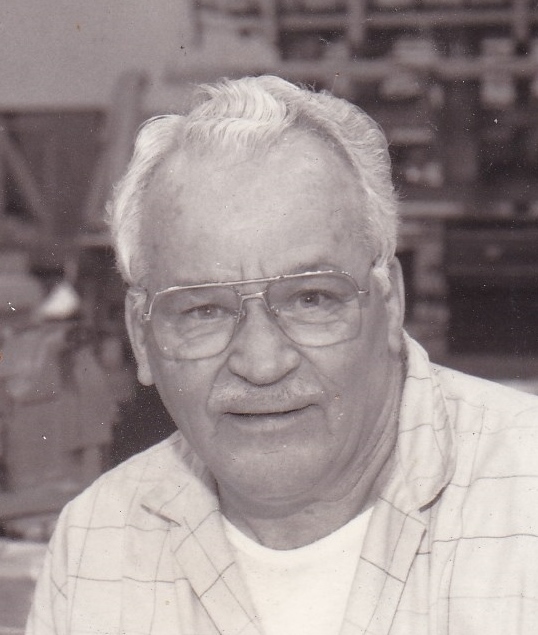 Earl Claude Barnard was born on June 29, 1925 in Danielson Connecticut to Wendell Arthur Barnard and Florence Elizabeth Whitehead. Earl passed away peacefully and began his ascent to our lord in heaven at Caring House Hospice on July 15, 2018 at 7:24 pm at the age of 93. He is survived by his two sons Frank and Earl Jr. and their families including four grandchildren Anthony, Dane, Amber and Tegan. He was a loving, loyal and devoted husband to his predeceased wife Alice of 52 years. In March of 1943 at the age of 17 Earl, left Redondo Union High School and enlisted with the United States Navy and was stationed in San Diego at the destroyer base learning to operate landing craft. He was then assigned to the troop transport ship U.S.S Ormsby- APA -49. While aboard he sailed to the South Pacific where he saw intense action in World War II and took part in nine major battles and landings which included Gilbert, Marshall and Solomon Islands, Tarawa, Kwajalein, Truk island, Saipan, Guam, Peleliu, and Leyte Gulf. Earl fought for his country with bravery and courage under fire and served his country with dignity, honor, distinction and for his effort earned a purple heart, six stars for Asiatic-Pacific area, one star for the Philippine-Liberation and a victory medal for World War II. After the war he made a career in the aerospace industry with North American Aviation, Rockwell International and Boeing Aviation, working on many historical civilian, military and space vehicles which included the P-51 mustang, X-15, Apollo 11 moon mission, where his name was placed by astronauts on a plaque of all who worked that project, B-1 bomber, all space shuttles and finally the international space station before retiring completing 50 years in aerospace. He enjoyed entertaining with barbeques and gatherings at his home with family and friends, spending time with his Chihuahuas Chopper and Lucky and watching his favorite show Pawn Stars. He had an unbreakable bond with his longtime friend Jose Ramirez and his family. Earl left his mark on history and on us all. He will be severely missed by all that knew him. A memorial service will be offered on Monday, July 23, 2018 at 10:00 am at Our Lady of Guadalupe Church. I’d like the memory of me to be a happy one. I’d like to leave an afterglow of smiles when life is done. I’d like to leave an echo whispering softly down the ways. Of happy times and laughing times and bright and sunny days. I’d like the tears of those who grieve, to dry before the sun. Of happy memories that I leave when life is done.