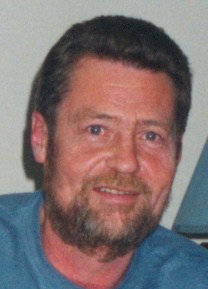 Des Lauriers, Douglas Timothy a 20 year resident of Torrance passed away on August 25, 2012 after a 6 month battle with cancer. Doug was born on April 10, 1951 and raised in Winnipeg, Manitoba Canada. He was the youngest son of Joseph and Patricia Des Lauriers. Doug was employed in the import/export industry here in the South Bay. He loved his work and developed countless, long lasting relationships with people he met in the industry. Doug loved his trips to Las Vegas, his passion for collecting sports memorabilia and miniature cars and trucks and authentic Chinese food. Doug was preceded to the hereafter by his father Joseph, brother Russell and sister Janice. He is survived by his mother Patricia in Winnipeg, his wonderful son Douglas Jr. in Portland, Oregon, and brother Leo (Carolyn) in Harbor City. He will be remembered by his beloved nieces and nephews here in Los Angeles and Winnipeg. On behalf of Doug we wish to express our gratitude and thanks to all the health care providers who allowed Doug to pass on with dignity and self-respect. A joyous memorial service will be held for Doug on Saturday, September 29, 2012 at 2:00 pm at the Rice Mortuary, 5310 Torrance Blvd., Torrance, CA. In lieu of flowers, if you wish, please make a donation to your local Cancer Society.