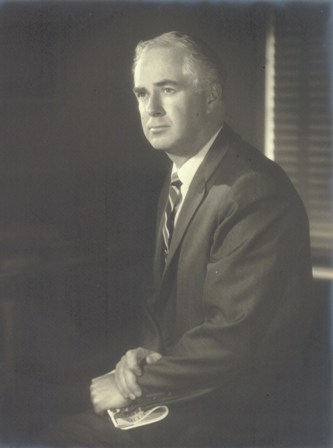 Douglas Robert Duncan passed away on September 25, 2012 of natural causes. He passed away in comfort at his home that he loved so much overlooking the Pacific Ocean in Redondo Beach, CA. On August 30, 1923 Douglas was born to Dorothy Smith and Robert Duncan in London, England. He attended Buckingham Gate School which is located near Buckingham Palace where, as a child, he loved to watch the changing of the guards. In 1939, as a young man of 16, Douglas joined the Home Guard of England where he was trained to protect his native England. During the blitz of London his home was bombed and the family moved to Croydon, England. In 1941 at the age of 18 he enlisted in the Royal English Navy where he trained to be and became a radio officer. He served until 1944 when his ship was torpedoed and destroyed in the Northern Atlantic. Having been rescued by the Norwegian Navy, he served as a radio officer and translator for the Norwegians until the end of the war in 1945. Returning to England Douglas travelled extensively thru Europe and the United States. In England he worked for the accounting firm of Black Geoghegan and Till as an auditor from 1946 until 1951. Moving to Montreal, Canada, he worked for the Steel Company of Canada as Assistant Sales Manager until 1962. During this time he met Joan Elizabeth Crossley whom he married in 1953 and their son Robert was born in 1955. In December of 1962 Douglas and Joan were finally granted their Visas to come to the United States and relocated to Santa Monica, CA. In 1963 he obtained a job with Newton Insert Co. as Vice President of marketing and upon moving to Redondo Beach CA in 1967 went to work with Tridair Industries until 1969. He became a partner in Bar Automatics in Los Angeles, CA (1969-1970) and then partnered with Rush Associates (1970-1971). On September 1, 1971 Douglas and his son Robert founded M S Inserts and Fasteners Corporation, where he remained active until his death. The company is currently located in a 33, 000 sq. foot building in Torrance CA. From an early age, when he would build and sail model boats in the parks of London, he developed a love for the sea and boats and especially sailing. He owned several boats over the years. His favorites were his Dragon Class racing sloop " Nike", a power boat Owens 30 "Ship of Fools" and his Morgan 36 sailboat " Seahawk". Douglas became a member of King Harbor Yacht Club in 1968 and is still currently a member. He enjoyed reading, music, travel, history and art and was always seeking world knowledge. Douglas is survived by his son Robert James Duncan and his daughter- in-law Nancy Meria Duncan of Redondo Beach Ca. His many employees loved him and thought of him as a father and mentor. He will be missed by all who knew him. A Memorial service and reception will follow on Friday October 5, 2012 at 2:00 pm at Rice Mortuary Torrance, CA.