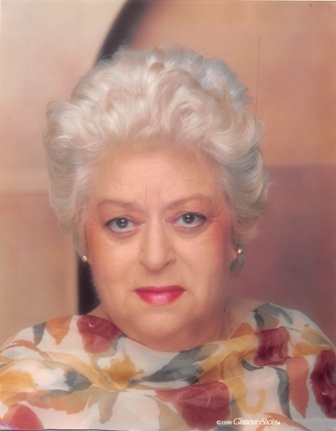 Dorothy Sylvia, 85, passed away in Los Angeles after a brief illness. She was born in New Bedford, lived 50 years at Bliss Corner in South Dartmouth, and spent the last 10 years with her daughter in California. Dorothy was the daughter of Manny and Mary Medeiros and the youngest of seven children. She was married to Earl Sylvia, deceased on October 20, 1967. She is survived by her daughter Diane; son-in-law Nicolae; grandson Alex; her two goddaughters Lorraine Payton and Carol Westgate; her cousins Dolores and Everett Furtado and many nieces and nephews. Her first job was as a presser at Leading Sportswear. Her most favorite position was at the Paul Dever School in Taunton where she worked for 16 years until retirement helping special needs adults. Dorothy enjoyed cooking, reading, creative writing, listening to opera and fado music, dancing and going out to eat with family and friends. She was a devout Catholic. Viewing: Aubertine-Lopes, Friday, Nov 13th 4-8pm Funeral Mass: St. Mary's Church, Saturday, Nov 14th 9:00am In lieu of flowers, the family requests contributions in her memory to the Neediest Family Fund c/o Salvation Army 619 Purchase St. New Bedford, Ma 02740