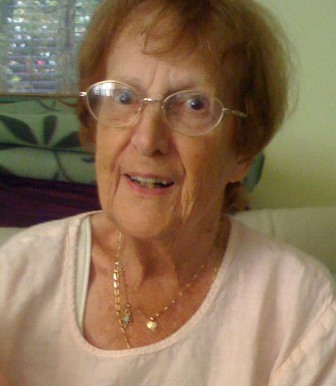 Dorothy Green After a long and happy life, Dorothy Green passed away on August 9 in Manhattan Beach. She was 95 years old. Born Dorothy Mary McKinnon Mitchell in Winnipeg, Canada, Dorothy's Scottish parents, Patrick and Christine Mitchell moved to Los Angeles in 1920 as part of a tiny Canadian migration that formed a small Scots clan in the city of Los Angeles. She graduated from Los Angeles High School in 1934 and earned her AA degree at Santa Monica College studying business. Following her graduation, Dot worked for the Los Angeles Department of Water and Power and played on the sands of the beach cities. She was a 5 foot-two, dark haired, dark-eyed beauty who attracted the attention of Army officer Paul Franklin Green III in 1943. They married in 1943, 2 months before Paul shipped out for the South Pacific. Dorothy became a full time mom with the birth of her daughter Lynn Patricia. Five more children followed: Paul F Green Jr. ("Frank"), Douglas Mitchell, Norman Scott, Joan Daphne and Geoffrey Steven. The Greens moved to 416 27th St. in Manhattan Beach in early 1947. Dotte's parents, Pat and "Teenie" Mitchell, lived close by and her children remember gatherings of Scottish friends and relatives, a small but distinctive part of L.A.'s growing immigrant population. Her children fondly recall their rather crowded upbringing in this small town on the shores of the Pacific. Dot and Paul also took them to the far reaches of California, camping, boating and fishing on its scenic lakes and rivers. Though she didn't have much time for arts and crafts, Dorothy enjoyed many artistic pursuits, including weaving, sewing, decorating, and paper-making. Dorothy was a consummate hostess and an excellent cook, educated partly by the Italian guys at Mickey's Deli in Hermosa Beach. Her lasagna, pies and pastries were superb, according to the many friends she brought to her table. She threw excellent parties, baby showers and wedding receptions for friends and family. She was known as a canny bridge player and frequently hosted club meetings in her home. Dorothy is survived by her six children and their spouses: Lynn (Green) and Jaye Kenney; Frank and Susan Green; Doug Green; Norm and Colleen Green; Joan (Green) and Howard Ferguson; Geoff and Karen Green; ten grandchildren: Andrea Yardley and Danielle Pollard; Jodi, Brett, and Tyler Green; Jackson and Ethan Green; Kelly and Paul Ferguson; Gretchen Ziobro; four great-grandchildren: twins Zoe and Stella Pollard; Emmett and Marina Ziobro. This clan spans the West Coast and parts of Maui, Hawaii. A memorial service will take place at 1 p.m. Saturday August 18 at White and Day Mortuary, 3215 Sepulveda Blvd., Manhattan Beach. In lieu of flowers, donations may be made to 1736 Family Crisis Center (1736familycrisiscenter.org).