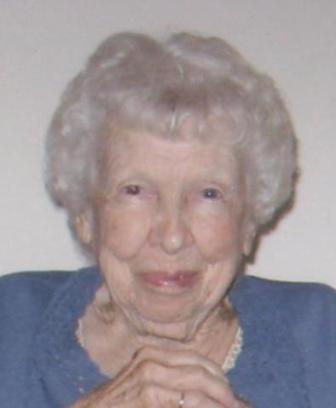 Dorothy Marie Hale, a life-long resident of South Bay, passed away on Friday, July 19, 2013 at the age of 96. Dorothy graduated from RUHS and attended UCLA before meeting the love of her life, Bob Hale. They married in 1937 and had two children. Dorothy had many passions, including dogs, God, bridge and politics. The day before the stroke that took her life, she hosted a family birthday party. She attended Bible study and played bridge up to the end. She was a joy to her family and many friends. Although she was currently a member of Chapel by the Sea, she had been Paul Cox's secretary at St. Andrews Presbyterian Church for 26 years. Dorothy is survived by her son, Patrick (Ruth) Hale of Ventura, CA; daughter, Mary Ann (Jay) Craven of Fallbrook, CA; seven grandchildren and her beloved dog, Jack. She also had twelve great grandchildren with one more on the way. She was preceded in death by her husband, Bob, of 55 years; her great grandson, Griffin; and great granddaughter, Madeleine. The Memorial Service will be held at St. Andrews Presbyterian Church in Redondo Beach on Friday August 2, 2013 at 1pm. Private burial will take place at Pacific Crest Cemetery in Redondo Beach. In lieu of flowers, donations may be made to the charity of your choice.