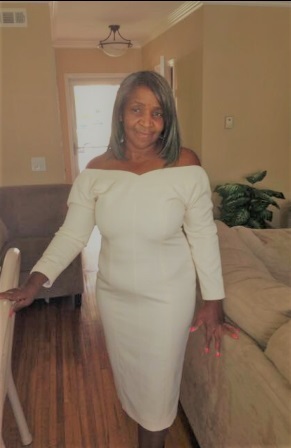 Dorothy Jean Tademy, 58, of Inglewood, wife of Ralph Tademy, passed away much too soon on December 26, 2016. Dorothy was born on September 8, 1958, in Hattiesburg Mississippi and was raised by her parents Celia and Jimmy Bradford. Dorothy gave her life to Jesus Christ at a very young age. She moved to California in 1975 and completed her education in San Jose, graduating from William C. Overfelt and later relocating to Inglewood. Dorothy was a member of Zion Hill Baptist Church and lived her life as an example to others. She sang His praises throughout her life and always lived life in the present moment. Because of this faith, she did not perish but entered eternal life with Jesus. Dorothy found employment at Pacific Bell (later AT&T) where she began her career of 30 years until her retirement in 2010. She started off as a Service Representative and was later promoted to a Manager in the Residence Service Center. In building her career path, she migrated to a Management position in the Business Service Center, which equipped her with the knowledge of both sides of the business. She was again promoted and retired as a Sales Planning Manager. Dorothy was a numbers person which matched the requirements of the positions that she accepted and she absolutely loved her career choices. While attending a co-worker's wedding, in June of 1984, she met her soul mate, Ralph Tademy. They had a whirlwind romance and in six short months on November 7th, they were joined in holy matrimony. Ralph and Dorothy blended their families with their daughters Jamica Bradford and Tamika Tademy. Through this union they welcomed their baby girl, Brittany Tademy. Dorothy loved music, especially R. Kelly and enjoyed dancing in the company of family and friends or simply relaxing to a variety of musical genres. She was the ultimate host while utilizing her management skills, ensuring everything was planned , organized, extravagant, and ultimately over the top. Her daughters and best friend, Cathy were always next to her taking orders and executing her vision while Cathy's husband and family were also present. Dorothy loved shopping, working out at the gym, bike riding at the beach, or hanging out in her backyard watering the grass. Dorothy's favorite things included all things sweet, especially planks. Dorothy had a heart of gold and was humble and a quiet giver, yet, her feistiness, honesty, and kindness endeared her to everyone who met her, especially those who got to know and love her. Dorothy loved her family dearly and desired nothing but the best for them. She was not only a wife and mother but a best friend to them all. As a family, the Tademy's enjoyed spending time together. When you saw one, the others were usually very close by. Dorothy was preceded in death by her parents. She leaves to cherish her memory: her husband of 32 years, Ralph Tademy, her mother Georgia Bethley, three daughters, Jamica Bradford, Tamika Tademy, and Brittany Tademy, two grandchildren Bryce and Peyton Frazier. Dorothy is also survived by five sisters, Pauline Felts, Joanne Craig, Juanita Young, Linda Darty of Hattiesburg, MS and Pamela Eaton of Inglewood, CA. Six brothers, Larry Choyce of Houston, TX, Larry (Margaret), Gary, and Glen Darty, Thomas Choyce(Angela) all from Hattiesburg, MS and Calvin Choyce of Delano, CA. Her mother in-law Veola Tademy, one sister in-law Sharon (Tony) Tademy-Loville, four brother in-laws James, Bernard, David, and Jeffery Tademy and a host of aunts, uncles, nieces, nephews, cousins and friends.