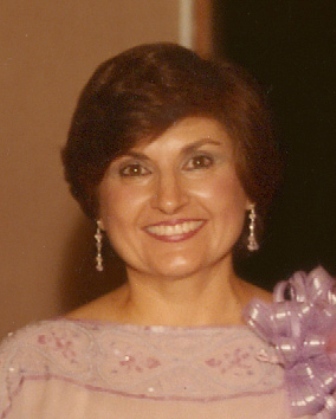 Dorothy J. Papazian passed away peacefully on Sunday, July 27, 2014. She was 82. A native of Los Angeles, Dorothy attended local public schools, graduating from Dorsey High School in 1949. She soon met and married Jerry M. Papazian and together they raised two children – Jerry and Jeanne – in Sherman Oaks, California. She was the proud grandmother of her grandson Dustin Hochmuth. After raising their two children, Dorothy pursued a career as a social worker with Los Angeles County, and later became a paralegal and ultimately became a human resources director with Safeco Insurance. She loved to travel with family and friends, and visited many countries around the world. Dorothy involved herself with many activities, including those of her children, and of the Armenian Church. She was actively involved in support activities for St. Peter Armenian Church as well as St. James Armenian Church. She was a loyal member of the Hai Benefit Circle, having served as an officer for many years. Her home was always open and she was an elegant and cheerful hostess. She is survived by her family: son, Gerald S. Papazian of Palos Verdes Estates, CA and daughter Jeanne L. Papazian and her son Dustin C. Hochmuth, of Rancho Palos Verdes, CA. She will also be missed by her loving family members and numerous friends from church and other activities. She was predeceased by her parents Kegham and Mary Vaznaian Karopian and her brother Kenneth A. Karopian. Funeral services will be held at St. James Armenian Church, 4950 West Slauson Avenue, Los Angeles, CA 90056 at 10:00am on Saturday, August 2, 2014. In lieu of flowers, family requests donations to St James Armenian Church.