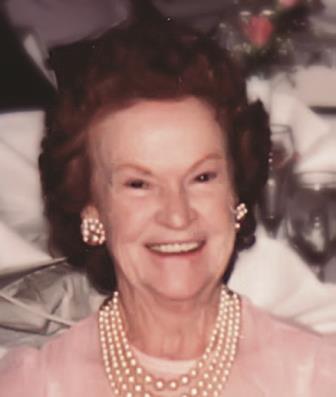 Dorothy O'Leary, beloved wonderful Mother and Grandmother, is in the hands of the Lord after her death in Redondo Beach on February 16, 2013. She was born on February 3, 1917 in Worchester, Massachusetts, the youngest child of Edward Duffy and Katherine Ward Duffy. In 1936, she married Thomas O'Leary, and was with him until he died in 1995. She is deeply mourned by daughter Fay Jaffe (husband Ray); grandchildren Donald Furnberg and Cynthia Furnberg Rogers (husband Craig). She was predeceased by her grandson, Joel Furnberg. She is also deeply mourned by beloved companion of 17 years, Gordon Bashaw. Dorothy was known for her generosity to charities, and she freely gave "loans" to people down on their luck. Even in the 1940's, she was a civil rights advocate for African Americans within the federal government. During World War II, she worked in Washington, DC for command level Army officers on secret matters. After a move to Colorado, she worked for the military as it set up the North American Air Defense Command. She worked for the federal government for a total of 15 years. Dorothy traveled with her husband, Tom, on his Air Force civilian assignments throughout the US. She had a great sense of humor, and loved making friends throughout the country. She lived in Redlands California before coming to Redondo Beach in 1960, where she became a home health caregiver. She later became a volunteer at Harbor UCLA where she instructed others on how to perform EKGs. She also supported Tom as he was actively involved in politics in Redondo, fighting air and noise pollution from the local power plant near the ocean, and aiding in instituting the requirement to have council meetings videotaped. After her husband's passing, Gordon Bashaw became her true companion for 17 years, adding so much joy to her life. They were both actively involved in the church acting as Eucharistic ministers for St. James Parish for many years. They enjoyed listening to music, dancing, spending time with their family, and going to lunch with friends after church. The viewing and rosary will be held on March 8th from 5 pm to 9 pm at White and Day Colonial Mortuary in Redondo Beach, and the funeral will be held on March 9th at 10:30 am at St. James Parish in Redondo Beach. More details on the funeral/burial can be found at www.DorothyOLeary.com. Please post comments/memories at this website. If you live in Redondo, in lieu of flowers please vote yes on March 5th on Measure A for rezoning, preventing the building of a new power plant along the ocean.