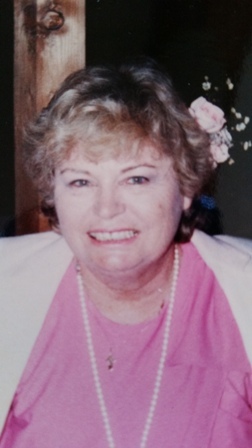 Dorothy Elinor Flaherty Hoffman March 31, 1928 - March 2, 2017 Loving wife, mother, grandmother and great grandmother, Dorothy Elinor Flaherty Hoffman, passed away surrounded by loved ones on March 2, 2017 at her home in El Segundo. Dorothy Flaherty was born in Hayward, California and was the fourth of seven children born to Leonard and Margaret Flaherty. The family moved to Oakland where she attended Cyril's Elementary School and graduated from Merritt High School. After high school, Dorothy worked as a secretary until she met John (Jack) Hoffman, USN, in 1947. After their second child, they relocated to Los Angeles and settled in Playa del Rey where they raised nine children in total. Besides being a loving mother to nine, she also had a successful career in real estate in the west Los Angeles area. In 1998 Dorothy and Jack moved to El Segundo. Dorothy was a staunch Catholic and patriot. She loved to discuss politics with anyone, even if they disagreed. But nothing came before her family. Dorothy instilled a love of life, faith, family and country in her children and theirs. Her legacy is carried on by her nine kids, thirty grandchildren and twenty-seven great grandchildren. Dorothy is predeceased by her husband Jack in 2011. She is survived by her nine children David (Sarah), Jean (Donald), Chris (Sharon), Janet (Joseph), Lynn (John), Tony (Lynn), Lisa, Gregg (Gina) and Jill (Michael). In lieu of flowers, please send donations to Aid to the Church in Need.