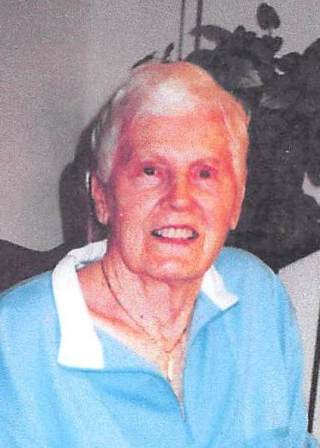 Dorothea M. "Dot" Wood September 9, 1921 - January 1, 2017 Dorothea M. "Dot" Wood was born to parents Clarissa Ann Fillbach and Claude Henry Wood in Leeds, Woodbury County, Iowa on September 9, 1921 and passed away peacefully on January 1, 2017. She was preceded in death by her siblings Robert, Ralph, Kathryn, Josephine and Faye and her life friend Ruth Evelund. The family eventually moved to Dixon-Gregory area of South Dakota where Dot graduated from Gregory High School in 1939. Dot and several friends worked at the Court House in Burke, South Dakota before coming to California in the early 1940s where they found jobs at Northrup Aircraft. During the war she was "Rosie the Riveter" and then continued her forty year tenure at Northrup as a courier transporting dignitaries and classified documents. She was honored in 1973 by the United States Safety Council as the Nations' top woman driver and was awarded a gold steering wheel for driving one million miles without an accident. Dot enjoyed playing baseball and basketball in younger years and was a daily swimmer at a Torrance "Y". Because of her love of music, she regularly attended the South Bay musical concerts and the Hollywood Bowl. She was an accomplished wood carver, avid gardener, and participated in church activities at the Sovereign Grace Bible Church in Redondo Beach where she was the oldest member. For the last few years, Dot resided at an Americare Assisted Living facility in Torrance, CA. The family extends special thanks to Wilma and Boyed for the capable and kind assistance they provided. Dot is survived by many nieces and nephews including JoAnn Lux, Terry Hutchison and Lorraine Bouwens.