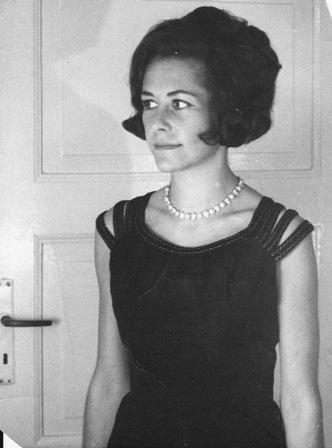 Doris Maud Valentin was born on July 2, 1934 in Munich, Germany to Franz and Auguste "Gusti" Valentin. Doris grew up during WWII where her family was forced to move frequently between the farm country and Munich. After finishing school with high marks, Doris traveled around the world as a stewardess for Lufthansa airlines while developing her gift for speaking many languages. Eventually Doris was drawn to the warm climate of the Canary Islands, Spain, where she worked in the local airline industry and taught English, German, French, and Spanish languages. Eventually the heavy toll of adventure and excess forced Doris to reconnect with her family in the United States. Los Angeles became home for Doris and provided a new community of hope, friends, and 26 years of sobriety thanks to support from the Rolling Hills Alcoholics Anonymous group. Doris flourished in L.A. and started a new career at LAX in the Tom Bradley International Terminal. Doris gave English lessons to Spanish speakers for nearly 10 years at her favorite restaurant and the center of her healthy lifestyle, the Green Temple in Redondo Beach. Doris also enjoyed morning swims, and celebrating her German heritage at The Alpine Village German Market in Torrance. Doris passed away unexpectedly from internal complications on December 8, 2011 in Torrance, California. Doris is survived by her sister, Fran Heid, niece, Hillary Heid-Gander, nephew, Perk Heid, and four grand nieces and nephews. A service will be held for her in the Spring of 2012 in Clark, Colorado, where she will be laid to rest next to her Mother. In remembrance of her life, any wishes can be made to Hillary Heid-Gander, POB 939, Clark, Colorado 80428-0939. In lieu of flowers, donations can be made to North Routt Community Charter School (NRCCS) in Clark, Colorado, for the future of Doris' four grand nieces and nephews through Hillary at the above address.