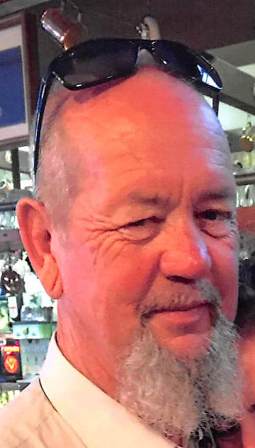 Donald (Donnie) Wayne von Flotow was born on February 4th, 1955 in Santa Monica, California. He passed away on August 17th, 2017 at his home in Huntington Beach, California. He is survived by his wife Colleen, daughter Autumn, stepson David Olvera and his wife Rachael, two grandchildren, three brothers, three sisters, nieces, and nephews. Donnie was grew up in Redondo Beach, California and later moved to La Palma, California where he graduated from Kennedy High School. He served in the US Army and worked for Northrop Grumman in El Segundo California. He loved his family & friends, and was a kind, selfless and generous man. His enormous personality and friendly smile will be sorely missed. A prayer service will be held Wednesday August 30, 5-9pm with Rosary Service at 7pm at the Rice Mortuary, 5310 Torrance Blvd, Torrance, CA 90503. The funeral service will be held Thursday August 31, 10am at St. Lawrence Martyr Church, 1940 S. Prospect Ave, Redondo Beach, CA 90277.