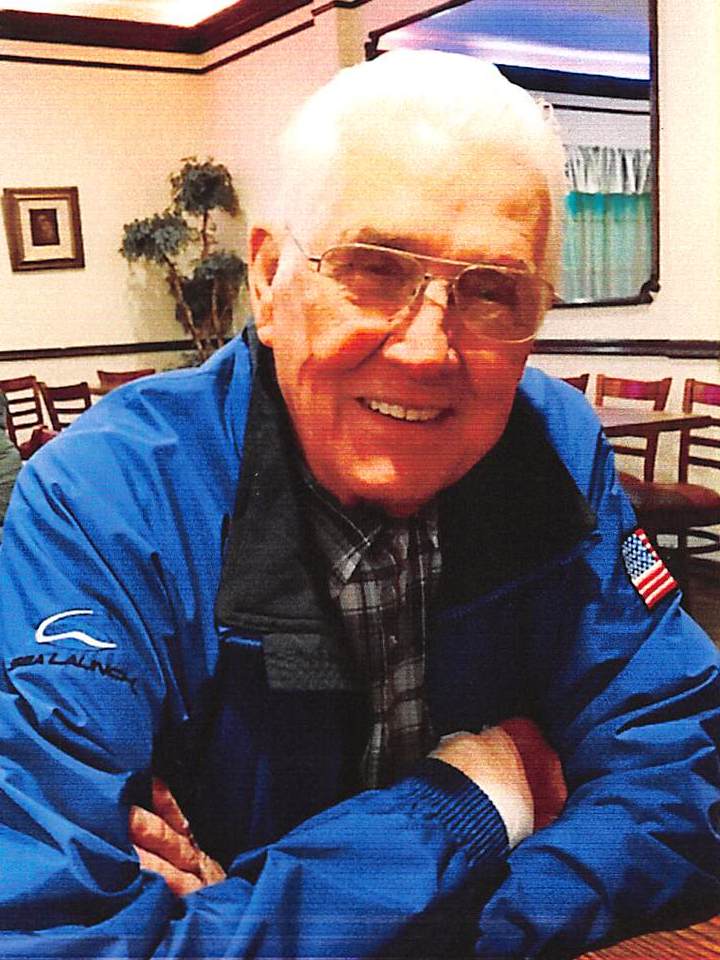 Donald Norman Grimsley aka Gene’s Window Cleaning Don passed away Thursday August 30, 2018 at the age of 89; he was born in Lamont, Kansas. He lived in Kansas until his family moved to Portland, Oregon during wartime. His mother worked in the shipyard and he sold newspapers at the shipyard gate. At the age of 16 he joined the Merchants Marines and shipped out for two years traveling from the Pacific to the Atlantic oceans. At the age of 18 he moved to Hollywood, California to work with his brother in his gas station. Don had many jobs learning many skills. He worked for Langendorf and Puritan Maid Bread Company driving a route in South Bay where he settled. Then he decided to go into a partnership in a window cleaning and building maintenance from 1963 to 2003 when he retired. In 1972 Don married Joan. They traveled all 50 states, Canada, Europe, Scotland, Thailand, and twice to Panama to go fishing with his son-in-law and army buddies. They belonged to several camper clubs. They would spend one-three months on the road traveling either by train, plane, car, bus, boat and truck with a 5th wheel. Don was a lifetime member of the Redondo Beach Elks (47 yrs.), associate member of the Torrance Elks and Camper Club, a 30-year member of the Redondo Beach Moose Lodge. Donald is survived by his wife Joan of 46 years; son Norman and wife Debra (CA); daughters Sharlene (FL); Kim and husband Mark (TX) and Miki (CA); step-daughters Carolyn and husband John (OR)and Sharon and husband Steve (AR); stepson Tommy and wife Cheryl (CA); 17 grandchildren, many great grandchildren and cousins. Preceded in death by his mother and brother. Cremation on Friday, September 7, 2018. Memorial Service Sunday, September 23, 2018 at 12 noon at the Redondo Beach Elks, 315 Esplanade, Redondo Beach, CA. 90277. In lieu of flowers, please donate to the Elks Major Project Purple Pig for the children in memory of Donald Grimsley.