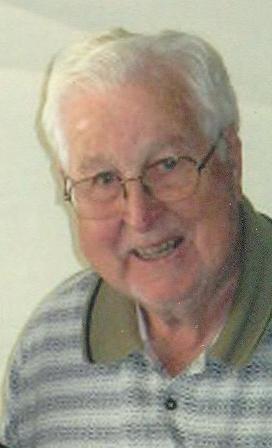 In Loving Memory Donald M. Kuehnle 1926-2014 Donald Kuehnle was born in Salisbury Center, NY and passed away at home in Palos Verdes Estates, CA on June 6, 2014. Born to Donald and Edith Kuehnle, he is survived by his wife Joan; children Kale (Brenda) and Karla; grandchildren Rachel and Joshua; brother Charles; nephews Charles Robert, and John; niece Colleen. His parents, stepmother Emma, sister Ruth, and sister-in-law Margaret predeceased him. Don joined the U.S. Navy when he was 18 and served in WWII as a signalman on LST225. Graduated from Bentley with an accounting degree, placed with the United Fruit Company who sent him to Golfito, Costa Rica where he met his lovely wife Joan, married 62 years. After two years they left Golfito and worked for General Electric in Utica, NY for 4 years before moving to California in 1954. Don was employed by Hughes Aircraft for almost 30 years and as Manager of Materiel Administration for many years where he was well-respected by his peers. He was Volunteer of the Year for ARC-South Bay honored with a plaque in 1993 and was Lunada Bay Little League Manager of the Mets team in 1970. His hobbies included golfing, traveling, and gardening. Don loved to have a good time. His family and friends will miss his great sense of humor. The Memorial Service will be held at Rice Mortuary in Torrance on Monday July 14, 2014 at 3pm. Interment at Riverside National Cemetery on Tuesday July 15 at 1:30pm. In lieu of flowers donations may be made to UCP (6430 Independence Ave., Woodland Hills, CA 91367-2607) in Don's memory.