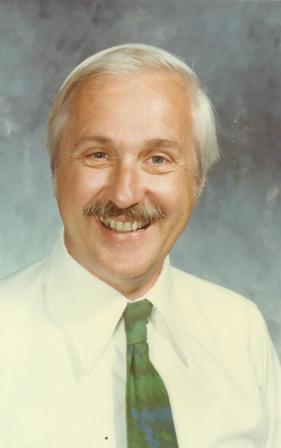 Donald Francis Mealy (August 22, 1925 - May 30, 2016) Donald Francis Mealy was born August 22, 1925, in Troy, New York, to Frank and Alta Mealy and died May 30, 2016 at the age of 90. Donald was one of three, oldest to brother Gerald and sister Millicent. Donald was a graduate of La Salle Institute, received his bachelor's degree from Union College, and completed graduate studies at Columbia University in New York City. A veteran of World War II, Donald served as a naval officer in the South Pacific. Later, he continued his service as a lieutenant in the Naval Reserve, and was an instructor at the Troy Naval Reserve Armory. While attending Columbia, he met his future bride, Adelaide Johanna Spuhler. They were married June 2, 1951 and delighted in one another for the next 60 years. Donald and Adelaide began their married life in Golden, Colorado, where he taught at the Colorado School of Mines. They then moved to Gardena, California, where he worked for Northrop Aerospace Systems. As well, he taught night school at West Coast University. In 1963, he and Adelaide moved to Palos Verdes with their five children and lived there for the remainder of their lives. After 25 years, he retired from Northrop, though he continued teaching English at Bishop Montgomery High School for several years. In the early 80's, Don embraced full retirement, allowing him time to pursue his favorite hobbies: playwriting, literature, travel, gardening and bird watching. He also was an avid collector of stamps, Roman coins, antique bottles, seeds and eclectic folk art. Donald and Adelaide's marriage was a model for life-long appreciation and devotion. They shared a love for the arts, film, culture, spirituality, and one another. Each child, grandchild, and great-grandchild was beloved to them. In his life, Don led with kindness and generosity, as likely to help a stranger as someone close to him, and for this there are many in the world who saw him as a surrogate father. He was a trickster, and had a quick wit and intellect. More than anything, he wanted those he loved to be cared for, to know joy, beauty, curiosity, humor, and loyalty--all of which he led by example. He is survived by his children Mark Mealy, Heidi Wallace, Wendy O'Malley, Maria Mealy, and Peter Mealy; his grandchildren, Jesse Bramley, Sarah Pape, Paul Couts, David, Kelly, Michelle and Joshua Mealy, Charlotte and Caleigh Wallace; as well as his great-grandchildren Sylvia Pape, Jillian, Noah and Adelaide Bramley; and his nephew Drew Lawton.