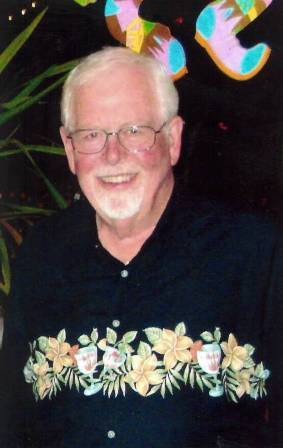 Donald Lawrence Queitzsch The world lost a wonderful man this week. Don Queitzsch was set free from his battle with Parkinson's on December 13, 2016 at the age of 80. He was born in Los Angeles on August 15, 1936. To know Don was to love him. His family and friends all remember him as the most loving, kind and genuine man they ever knew. He was brilliant and had a keen sense of humor. He was a supreme example of what a husband, father, brother, uncle, grandfather and friend should be. He was a dedicated Christian and practiced his high values and principles in all phases of his life. We will miss him greatly and can take comfort that he is with the Lord and Saviour for all eternity. Don is survived by his wife Carol; sister Flora; four children; fourteen grandchildren, five nieces and three nephews. Services (Funeral Mass and Celebration of Life) will begin at 11 am on Wednesday December 28th at St. Lawrence Martyr Catholic Church, 100 S. Prospect Avenue, Redondo Beach, CA 90274.