Donald J. Phinney, 83, a lifelong resident of Redondo Beach, passed away on August 16, 2020 in Redondo Beach.

Don was born in Los Angeles, CA on April 8, 1937 to Donald C. and Catherine F. Phinney. Don’s grandparents were early settlers of Redondo Beach, arriving here in the late 1800’s. He went to school at Redondo Union High School graduating in 1955. He married Kathryn O. Phinney (Long) on August 3, 1975 in Redondo Beach, CA. After attending El Camino College he worked for General Telephone (Verizon) and retired from the legal department in 1985 with 30 years of service. He was a veteran of The United States Army and served in Korea as a correspondent, where he wrote for Stars and Stripes. He enjoyed weekly Wednesday morning coffee with fellow Redondo High School graduates who were commonly known as the “Senile Seahawks”.

Due to the current COVID pandemic a private service will be held at Riverside National Cemetery on Wednesday, August 26, 2020. The family will be having a celebration of life in Spring of 2021. More information will be given at a later date. In lieu of flowers the family would like donations to be made in Don’s name to Redondo Union High School Alumni Association Scholarship Fund, PO Box 368 Redondo Beach, CA 90277. 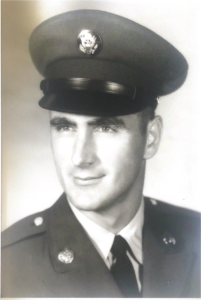