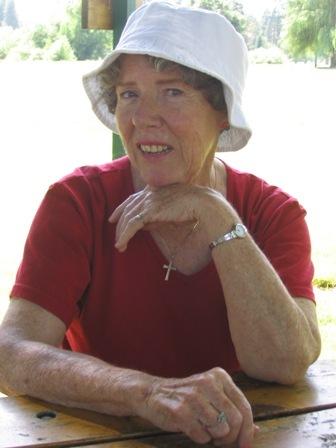 Dolores Watson, a 67-year resident of the South Bay, passed away on Saturday, July 20, 2013, after a long illness. Dolores was 80 years old. Born on September 9, 1932 in Sedalia, MO, Dolores was the oldest of seven siblings: Shirley, Madelyn, Nancy, Kathleen, Linda, and Daniel. When Dolores was 13, her parents relocated the family from Dearborn, MI, to Manhattan Beach, CA. Upon graduating she met and married Joseph Watson. They later separated but remained good friends until his untimely passing in 2006. Dolores raised two children on her own while at the same time saving up to buy her own home, a dream she realized in 1970. Dolores spent 29 years as an executive secretary in the aerospace industry before retiring in 1992. Dolores was a long-time parishioner of American Martyrs Church in Manhattan Beach, CA, and could frequently be found attending early morning mass and volunteering at the adoration/meditation chapel. Her passions in life included the piano, gardening, knitting and crocheting, reading, her pets; especially her beloved dog Birdie; and her adoring family. Dolores is survived by her daughter, Carolyn Carl of Las Vegas, NV, who provided her with loving care in her later years; five grandchildren: James, Michael, Cassandra, Linsey, and Joseph; and one great-grandson, Mason. She was preceded in death by her parents: Peter and Pearl Dornoff; her former spouse, Joseph Watson; her son, David Watson; and her daughter, Marianne Watson. The memorial service for Dolores will be held at St. Joseph's Chapel at American Martyrs Church on Saturday, September 7, 2013 at 10:00 am. A private inurnment will take place at Holy Cross Cemetery in Culver City, CA. In lieu of flowers, donations may be made to the Wildlife Waystation, a Los Angeles-based animal sanctuary she held dear to her heart.