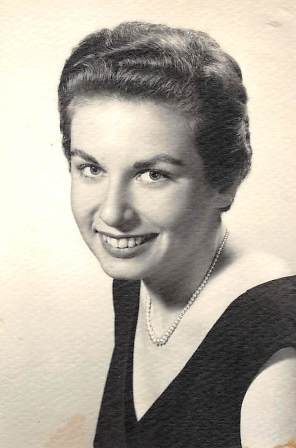 Dolores Marie Reilly, 80, of Redondo Beach, California passed away peacefully May 30, 2017. Born February 22, 1937 in East Lansdowne, PA, to Francis and Madeline Frommer, Dolores moved with her family to Southern California while in her teens. She attended Immaculate Heart College and received a Bachelor of Science degree in 1957. She worked as a medical laboratory technician at Little Company of Mary Hospital for over 20 years. Dolores enjoyed this fast paced environment while balancing a busy home life raising four children. As the children grew she began working with the hospitality committee at St. Lawrence Martyr School and sang in the parish choir. Dolores had a passion for gardening, enjoyed reading and sewing. Soon after retiring she became active in the outreach program through the church. Dolores took over the parish Eucharistic Ministry to the sick, and became very involved in the Giving Tree program to poor families. She often said her happiest moments were spent with family and grandchildren. She is survived by her husband of 59 years, Francis, four children, Patricia Reilly (David), Kevin Reilly (Dena), Michelle Fournier (Keith), Monica Journigan (Hank), and three grandchildren, Brett Fournier, Brooke Christenson, and Tessa Fournier. Services will be held Monday, June 5th at St. Lawrence Martyr Church in Redondo Beach beginning at 11:00 am.