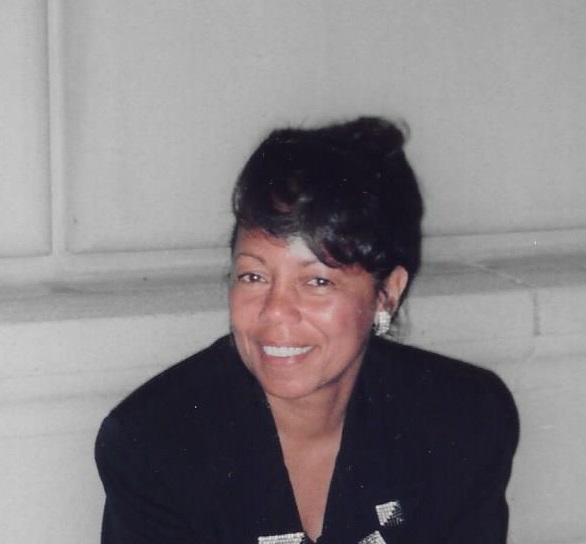 Dolores Annetta was born in Pasadena, California, the oldest child to Donald Edward Bland and Melrose Mildred Palmer Bland on April 20, 1947.  Later, the family moved to Los Angeles, California where Dolores and her sister, Avis Louise, lived the majority of their lives.

Growing up, the family were members of Lewis Metropolitan Christian Methodist Episcopal Church on Western Avenue in LA. Dolores enjoyed participating in any and all available youth activities and conferences, so much so, that she along with two of her friends; Phyllis and Jessica, were known as the Three Musketeers of the church.

Dolores loved books, and began her captivation of literature when she was in the 7th grade at John Adams Junior High.  That love continued throughout her life. She had enough books to fill a small home library. As a child, one of her favorite subjects was history and later she would consume volumes of mysteries, reading some of the hundreds of books in her home library multiple times.

She also used this love of literature in life. One of her first jobs was working part time for the Los Angeles Unified School District supporting faculty members for grades 13 and 14, at a time before the higher-grade levels became the Los Angeles Community College District. The job was to use her advance reading and accurate spelling skills to proofread documents.

Dolores also had a love for music. As a young girl she studied classical piano from neighborhood teachers and participated in several recitals. Dolores’ love of music extended to every genre of music, like jazz, rhythm and blues, and especially holiday tunes, she made CD gifts to share with family and friends.

This love of music was coupled with her love for dancing. Growing up she was always willing to teach the neighborhood kids the latest dance craze. Later in life she enhanced her skills with classes in Salsa, Rueda, Ballroom, and Chicago step. She was a very good dancer.

While at Manual Arts she focused on higher mathematics and learned Latin, she also joined the School Choir and participated in their Christmas shows. The Christmas shows were huge events with hundreds of members and multiple rehearsals. Her mother didn’t drive at the time, so she would walk to and from rehearsals, some nights by herself and other nights with her mother.

Dolores graduated with an Associate of Arts degree from Los Angeles City College in 1975 and a Bachelor of Arts degree in History from the University of California Los Angeles in 1977 with an emphasis on African American Literature. Black Studies and culture meant a lot to her all her life.

Dolores explored multiple jobs and sectors. She worked as a front office assistant for an eye doctor, a teller at Bank of America, a counselor at Career Planning Center and South Central Regional Center,  a notary public, an underwriter with New York Life, a tax preparer for H&R Block, a bookkeeper for Accountants Exchange, Accountants Overload, Watt Management Company, and G&K Management Company, and to make sure she could provide for her children, she also worked as a waitress at The Witch Stand on the site where Simply Wholesome is now and at Hobo Joe’s on the site where Denny’s is now on the corner of Jefferson and Overland.

Ultimately, she settled on accounting as her long-term career path, and it led her to spend the remainder of her working life at Paramount Studios in the Home Video accounting department located inside the Blue Dorn building.  Working at Paramount is also where she began her extensive video collection and had the ability to attend 1st run movie screenings on the studio lot.  Always the learner, after retiring she enjoyed taking several classes including Spanish and French.

In addition to working with numbers she also was a faithful and consistent giver.  Being a successful accountant, she was wise with her money and was eager to share with those in need.  For example, after meticulously researching a charity, organization, person in need, or cause; she would establish a recurring donation.  Even when she was down to her last few dollars or cents, she would keep her commitment to those who counted on her; sometimes taping whatever coins she had to pieces of paper and mailing them in as her donation.  She shared with family her thoughts to; spend wisely, give generously, and save what you can.

Growing up she made many of her own clothes. When her daughters were young, she used her knowledge of sewing to make some of their clothes and enjoyed dressing them alike. It was so cute. Another of her loves included her love of swimming which she made sure to take swim lessons with her daughters at the YWCA on Vernon in order to ensure they too knew how to swim.

Dolores had so many interests, she loved to play games: backgammon, cards, dominoes, parcheesi, monopoly, chess, chicken foot, and especially scrabble; holding periodic home scrabble tournaments with friends over the years. In retirement, she learned to play bridge, being curious from watching Lucy and Ethel play on “I Love Lucy.’

In addition to all of this, Dolores was an avid tennis player and member of Rancho Cienega Tennis Club on Martin Luther King Jr. Boulevard for more than 50 years, and held many offices in the club including that of president, building long-lasting bonds from her time playing, socializing, participating in events, and attending and playing in numerous tournaments around the city and on the road. Dolores or “Dee” as most of the tennis players called her, enjoyed both singles and doubles play earning her the title Volleygirl.

She could also be found sitting in a booth at El Cholo restaurant on Western. It was her favorite spot. She knew the wait staff and they knew and greeter her warmly when she came in, and they knew just what to bring her to drink: a Cadillac Margarita.

Dolores loved to travel, with some of her most memorable trips being; her trip to Jamaica when her friend Herman was in the Peace Corps, traveling to Bakersfield for tennis tournaments, her trip to watch the US Open in New York, and her trip to Cuba, where she smoked a real Cuban cigar for the first and only time.

She loved being with family and friends and enjoyed family gatherings throughout the years. One of the most memorable was hosting an annual 3D’s Christmas party with her daughters where she could socialize with hundreds of family members and friends.

Unable to play tennis and dance without occasional shortness of breath, her doctor diagnosed her with Sarcoidosis in January 2020.  The inflammatory disease severely deteriorated her lung functions and contributed to a lack of appetite, energy and mobility, making it impossible to breathe.

She will forever be remembered for her smile, her love of family and friends, and her bright spirit.