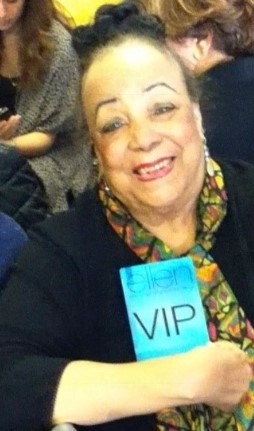 Dolly Mae Glascow Scott was born on October 22, 1933 to the union of Reverend Lenton and Pauline Glascow in St. Louis, Missouri. She made a profession of faith and trusted in the Lord Jesus Christ as her Saviour at an early age. The Glascow family moved west in 1946 settling in Los Angeles where Dolly continued her education at George Washington Carver Junior High School and Thomas Jefferson Senior High School graduating in 1950. She was involved in "all things musical" playing both the piano and the cello, singing in the choir, and participating in various social clubs. Dolly married the love of her life, Noel McKinley Scott on November 15, 1953 and together they would welcome their three precious daughters. She furthered her education at Cal State University, Los Angeles earning her Bachelors of Arts degree in Education. Dolly also fulfilled her lifelong dream of pledging the Delta Sigma Theta Sorority. Dolly began her career at the Los Angeles Board of Education working in administration but her heart longed to teach. She loved children and spent nearly 25 years educating children in both public and parochial schools. She would also pursue and earn her Master's degree in Psychology from Pepperdine University. Artistic and immensely creative, Dolly had a keen eye for detail and a flare of making everything beautifully organized. She had a dry sense of humor and fantastically quick wit which was evidenced by her well known quotes: "If you want something done right, do it yourself." and "Pretty is, as pretty does." She enjoyed creating mosaic art, a thousand piece puzzles, and writing. She later compiled a book of original poems on a variety of topics including the love of her family. Dolly retired from teaching and continued private tutoring for several years while enjoying a brief second career in insurance and real estate. She spent her "golden years" going to the Culver City Senior Center, studying the Bible with her treasured sister in Christ Doris Braswell, and watching film noir classics on her favorite movie channel. She traveled to Oregon on several occasions frequently noting the incredible beauty and fresh air. Dolly's investment into the lives of her daughters, her beloved son in-law Gregory, and precious grandchildren was foremost in her mind encouraging them to always trust in the Lord Jesus Christ. On March 17, 2017 the Lord called Dolly home to heaven. She was preceded in death by her parents Lenton and Pauline (Massey) Glascow, husband Noel McKinley Scott, and sisters Faye Glascow Butler, and Jacqueline Glascow Pech. She leaves her greatest legacy in her precious daughters: Pamela Michelle Scott, Paula Louise Scott Braswell (Gregory Braswell) of Eugene, Oregon, and Portia Noelle Scott; brother, Lenton Glascow; brother, Paul Glascow (Linda) of Altadena, California, and sister Janet Glascow; Grandchildren Elisabeth Genine Braswell of Portland, Oregon, Jon Pierre Scott Batiste, and Scot Hyman Braswell of Brooklyn, New York and Great-Granddaughter Samone Batiste. Dolly also leaves a host of beloved nieces and nephews, and treasured friends including William Omerod and Robert Darden. Interment: Inglewood Park Cemetery – 720 E. Florence Avenue, Inglewood, CA 90301 Repast to follow: McCormick Mortuary – 635 So. Prairie Avenue, Inglewood, CA 90301 Active Pallbearers - Gregory Braswell - Scot Braswell - Armand Jordan - Richard Steinmetz - Eben Eldridge Honorary Pallbearers - Lenton W. Glascow - Paul G. Glascow - Jon Pierre S. Batiste Acknowledgements The family of Dolly Mae Glascow Scott would like to thank you for the many acts of loving kindness shown to us during our bereavement. Your prayers and generosity of heart have been a blessing. Services Entrusted To: - McCormick Mortuary – 635 So. Prairie Avenue, Inglewood, CA 90301, (310) 792-7850 Memorial Keepsake Design by: Edwina Nixon "I say to each of my precious, beloved, beautiful daughters: the best and most special thing I ever did in my life was to give birth to each of you. I love you from the Lord and back with all my heart, always." Mommie – 3/7/2000