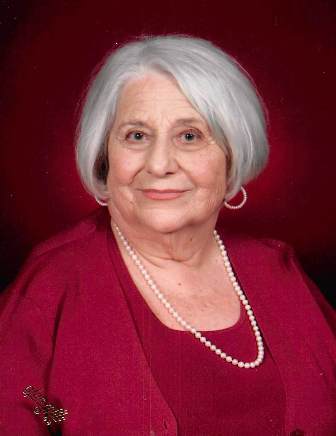 Our beloved Diana, a resident of the South Bay for over 40 years, passed away on November 4, 2016, at the age of 87. Born in Syracuse, NY on January 27, 1929, Diana and husband Jim moved to Southern California in 1953 shortly after they were married along with the rest of Diana's family. They soon had two children to raise, Olympia (Libby) and Dean, to whom they gave their unconditional love. Although she had a degree from business college, once married Diana devoted herself to Jim and her growing family, as well as her parents and her brothers Steve and Bill. That devotion soon included her son-in-law Alec and his sister and brother, whom Diana loved as if they were her own children, along with Jim's brother, sisters, her nieces, nephews and cousins, and her children's friends, and she kept tabs on all of them. She was especially devoted to her grandkids, James and Ariana, who were her pride and joy. Diana was a great cook and enjoyed preparing meals for her family and entertaining friends. She was an active congregant of the St. Katherine Greek Orthodox Church in Redondo Beach, and up until the last couple of years, she and Jim would attend Sunday services there followed by lunch with friends. Diana was also a long-time member of the Ladies Philoptochos Society and the Daughters of Penelope. She was predeceased by her father John Hondros, mother Olympia Hondros, and brother Steve Hondros. She will be dearly missed by her family and her many friends, all of whom treasured her loving and giving spirit, her generous nature, her keen insights and her endless nurturing. A Viewing will be held from 4-5pm on Wednesday, November 9, 2016 at St. Katherine Greek Orthodox Church with a Trisagion service at 5pm. Funeral services will be held at the church on Thursday, November 10 at 11am, followed by the Makaria in the church hall. Burial will follow immediately after at Green Hills Memorial Park in Rancho Palos Verdes. In lieu of flowers, the family asks that donations be made either to St. Katherine Greek Orthodox Church or to a charity of your choice.