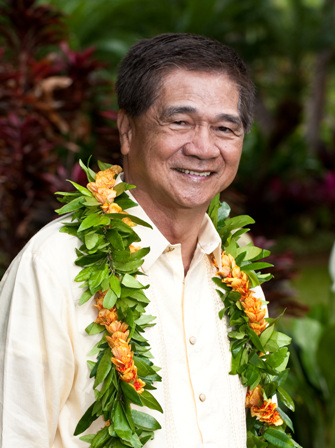 Deogracias Esteban Andres December 8, 1938 – July 22, 2014 Deogracias Esteban Andres of Makakilo, Hawaii, age 75, passed away peacefully Tuesday morning, July 22nd 2014 at Torrance Memorial Hospital, California. He was born in Iba, Zambales, Philippines and immigrated with his family to Hawaii in August 1969. Deogracias was an incredibly loving and hard working man. After settling in Waipahu, Hawaii, he quickly learned carpentry to pursue his goals of providing not only for his family but for his siblings he left behind in the Philippines. After retiring as a Construction Contractor in 1997, both he and his wife started a business in California where they both traveled between Hawaii and Los Angeles, California until 2012. Deogracias is survived by his loving wife of 53 years, Norma, and children Maricel and her husband Robert Olvera, Deo and his wife Lori, Melvin (deceased) and his wife Erica. He has 11 grandchildren: Timothy and his wife Danielle, Gregory, Melissa and her husband Kristofer, Joshua, Joseph, Kristen, Mariah, Shanaya, Malia, Matthew and Trisha. He also leaves behind his brothers Augustine, Jesus, Virgelio and Rhoger and sisters Presentation, Jovita, Elisa and Remedios. The family will be celebrating his life on Saturday, August 2, 2014 at Rice Mortuary, 5310 Torrance Blvd., Torrance, CA 90503. Viewing starts at 2:00 pm. Memorial Service to begin at 3:00 pm with reception to follow. The family requests that in lieu of flowers, to please make donations on behalf of Deogracias Andres to City of Hope Medical Center 1500 E. Duarte Rd, Duarte, CA 91010-3000. Online donations can also be made at www.cityofhope.org/giving.