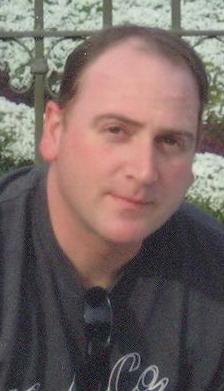 Dennis Robert Nash passed away at the age of 45 on June 16th, 2016 in Torrance, CA. He was born February 9th, 1971 at Little Company of Mary Hospital in Torrance. A South Bay native and resident, he graduated from Torrance High School in 1989. An avid surfer, Dennis enjoyed being with his dad on the waves while growing up. At the age of 18, he began a long career in the grocery field; including Lucky's, Albertsons, Haggens and Vons. He was known for his witty humor and practical jokes on coworkers, including strategically placed fruits and vegetables in the produce departments. In 1993, he met and began dating his beloved, Heather, on New Year's Eve. They dated for five years and frequented several local establishments including La Capilla, Rizzos Pizza, and loved walking up to Palos Verdes hills to watch many sunsets. Disneyland became a staple in their lives where they spent many days and vacations at the park. Dennis proposed in December 1998, after a walk under the Christmas Lights at Sleepy Hollow in Redondo Beach. They were married November 4th, 2000 at Our Lady of Guadalupe Church in Hermosa Beach, joyously witnessed by family and friends. As much as Dennis was nervous about the wedding, Heather was the one who put the ring on the wrong finger, and laughter erupted! They were blessed by the birth of their daughter, Dakota Lynn in September 2002. She was the pride and joy of Dennis' heart from the first time he held her. He always wanted a little girl, and his love for her was apparent, enjoying naps together at Grandma Gert's house. Dennis and Dakota shared the love of Star Wars together. As a family their love of Disneyland continued through Dakota. Although he was called too soon, he led a full and happy life with his family. He is survived by his wife of 16 years, Heather and their daughter, Dakota, father Bruce (Lucinda), his mother Christy (George) and his brothers, Brandon (Melissa), Evan, and his loving aunts, uncles, cousins, nieces and nephews.