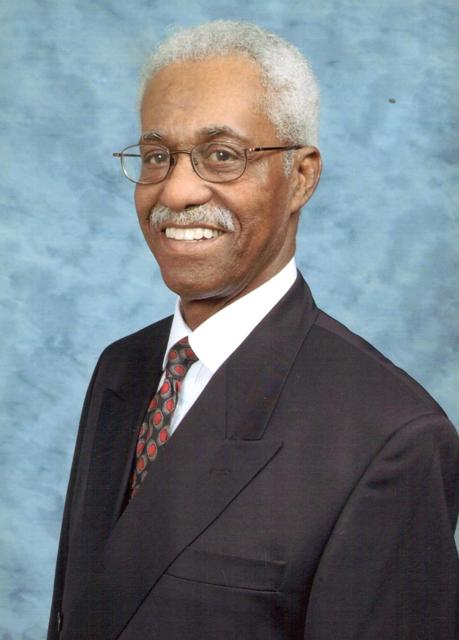 Dennis Fred Lamothe was born in Los Angeles California, on July 25, 1937, to Jerome Lamothe and Josephine Domingue Lamothe. Dennis was the seventh child of nine, eight boys and one girl, born to this union. Jerome was employed as a maintenance and janitorial worker with the City of Los Angeles. Josephine was a homemaker and during WWII she worked in the aircraft industry as an assembler. Because his parent’s work took them outside of the home, the children took up the slack. Dennis learned basic skills of carpentry from his father and housekeeping from his mother. Dennis was always very handy and ready to assist loved ones with simple home projects. As for his personality, Dennis was a shy one, possessing an easy charm, disarming sense of humor, and tenacious work ethic. At an early age Dennis attended Grace Memorial Church of God in Christ along with his family under the leadership of Elder W. J. Taylor. Dennis attended the following LAUSD schools: Ascot Elementary, George Washington Carver Jr. High and Thomas Jefferson High School. Dennis and his friends played endless games of baseball in their own “Field of Dreams” at Ross Snyder Park. He developed specifically in the position of pitcher and lettered in high school and at Los Angeles Harbor College. Dennis eventually received his Associate of Arts degree from Compton College in Drafting in 1960. Soon after graduation, Dennis was hired as a contracted engineer for the Boeing Corporation. On December 17, 1961 Dennis married Obelia “Bea” Mills and from this union their only child Sheryll Patrice was born in 1965. As a young couple coming up during the civil rights movement they began looking for a suitable apartment and encountered restrictive covenant laws, which restricted blacks from renting and owning property in certain areas of Los Angeles. Not to be discouraged, the couple purchased a three unit property in south Los Angeles and within a few years bought the family home in Inglewood, California. The young family eventually remodeled and added a backyard pool which enhanced a myriad of holiday and celebratory gatherings with family and friends. In 1966 Dennis received an opportunity to work for Boeing’s aircraft division, but the work took him to Seattle, Washington for almost a year. Rather than relocate the family, Bea and Sheryll visited Dennis in Seattle. Dennis and about 40 other black engineers founded an Engineering Club, as a professional and social support, while some, like Dennis, were away from their families. In 1968 Dennis began working in the Computer Aided Design Group (CAD) of the aerospace company TRW, Inc. The group was charged with the drafting and design of integrated circuit boards. During his tenure at TRW he worked on many projects, including space crafts and satellites. His work during the Cold War era required special clearances which meant Dennis was unable to discuss the clandestine nature of his work with family and friends. Dennis decided it was important to finish his degree at Pepperdine University and graduated with a Bachelor’s in Business Administration in the summer of 1983. During the 1970s and 80s Dennis raised money for scholarships funded by the United Negro College Fund. He always believed it was important to encourage talented youth to pursue education. At TRW Dennis earned many promotions such as Project Analyst, Manager and Systems Economist, his title when he eventually retired in 1994. He continued to maintain connections with his colleagues through the TRW “Old Timers” group which met regularly for lunch at least twice a year. In retirement, Dennis enjoyed traveling all across the U.S., North and South America, Europe, Asia and Africa. Dennis spent time assisting family and friends with their computer problems. He particularly enjoyed working with his former high school class reunion planning committees. He recently planned a small reunion luncheon which, unfortunately due to his illness in April, he was unable to attend. Most of all Dennis was a devoted friend and family man. He adored his role of family patriarch and carried the banner willingly seeing to the needs of his mother, siblings, nieces and nephews, as a beloved son, brother and uncle. Dennis was preceded in death by his parents and all of his siblings; David, Jerome, Earl, Earleen, Alvin, Herbert Melvin and Ronald. He was an amazing father to Sheryll and enjoyed his accomplished grandchildren: Jordan, who will be a graduating senior at Boston University and Gregory, who will a sophomore at George Washington University. Dennis leaves to cherish his memory: his loving and devoted companion Mae Gaddis, his first wife Obelia Lamothe, his daughter Sheryll Lamothe, grandchildren Jordan Exum and Gregory Exum, Mae’s daughters Rene Jakes and Lisa Jenkins, and a host of nieces, nephews, cousins and longtime friends.