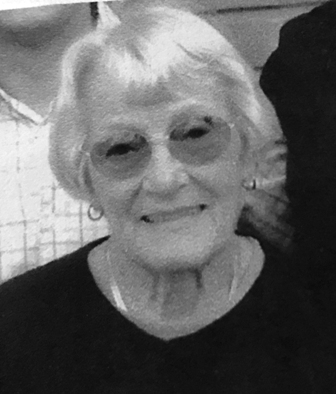 Denise Emilienne Tessalone died peacefully in her sleep on a sunny afternoon in Hermosa Beach, California., on January 16, 2017, a month and a day shy of her 99th birthday. She was born on February 17, 1918, in Bois-Colombes, a suburb of Paris, France, to Pierre Louis and Cecile Marie Valentine Oschwald. Denise's life read like a history book. She was born at the end of World War I, into a world much different than today. As a young French woman, she spent summers in the Normandy and Brittany countryside. She lived through the four-year-long Nazi occupation of Paris. She came to the United States in the late 1940s, first living in Philadelphia and then moving to Los Angeles in the early 1950s. While working at the Hughes Aircraft facility in now-Playa Vista, she met salesman Mike Tessalone on a blind date and they married in 1953. Two years later, with son Tim on the way, they bought a newly-built house in Torrance (where Denise lived for the next 57 years) and were founding members of St. Lawrence Martyr Church. Denise worked alongside Mike for 30-plus years at their television/appliance/furniture store, Marten Sales, first in Compton and then in Torrance, until they retired in 1986. Denise was a simple and kind-hearted woman who modeled her life after her patron saint, St. Therese. Indeed, Denise was a saint of a wife, mother, mother-in-law, grandmother, co-worker, neighbor and friend. She will be remembered for many things, including her strong French accent that led to eyebrow-raising pronunciations of the simplest English words; her nightly glass of red wine at dinner; her passion for her adopted American sports of baseball, football and all things USC Trojans; her overly-cautious approach to life, except for her daredevil driving style; her daily walks on the Esplanade; her susceptibility to loving barbs and zings from her grandkids; and her thin-as-water spaghetti sauce. Denise was preceded in death by her parents, her sister Henriette and brother Roger, and her husband of 42 years, Mike (in 1995). She is survived by her son, Tim, her daughter-in-law Trudi, who she loved dearly, and her three grandchildren, Troy, Trevor and Tori, who were the joys of her life. Her family is thankful for her many friends and neighbors, and for those who cared for her as age slowed her these past few years, including the compassionate staff at Sunrise Assisted Living in Hermosa Beach. A funeral Mass will be held on Tuesday, Jan. 24, at 10 a.m. at St. Lawrence Martyr Church (1940 S. Prospect Ave., Redondo Beach, California 90277). Merci pour tout, Denise. Nous t'aimons. A bientot!