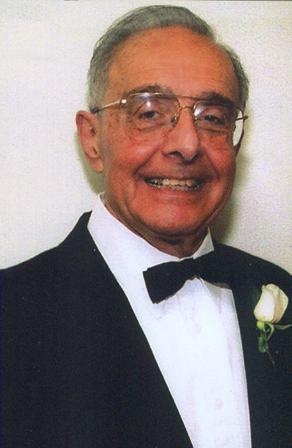 Demetreos Nicholas Halikis, M.D. Dr. Demetreos N. Halikis , 86, beloved husband, father and grandfather, passed away peacefully surrounded by his family at Torrance Memorial Medical Center in Torrance, California on Tuesday, January 12, after years of battling leukemia. He was a highly respected pathologist in Los Angeles where he practiced for 40 years. The youngest of three sons of Nicholas and Evdokia Halikis, immigrants from the Greek island of Kastellorizo, he was born on January 11, 1929 in Pennsylvania. He was raised in Coraopolis, PA in a Greek-American household that treasured their ethnic roots and embraced the opportunities their new country offered. He attended the University of Pittsburgh where he earned a Bachelor of Science degree with honors in 1950. He received his Doctor of Medicine degree from the University of Cincinnati Medical School in 1954. He then completed an internship at Los Angeles County General Hospital in 1955 and began a residency in internal medicine. In 1956 he enlisted in the United States Naval Reserve as a lieutenant. In September of that same year he married and then in 1957 was stationed with his new bride, Cynthia, in Sasebo, Japan. Following this, he returned to L.A. County General Hospital and completed a residency in pathology in 1963. Dr. Halikis took a position as pathologist at California Hospital in Los Angeles in 1963 where he became the director of laboratories and served as chief of staff for two terms. In 2001, he received a commendation from the County of Los Angeles for his contributions and service to its people through his work at California Hospital. In addition, Dr. Halikis taught pathology as a Clinical Professor of the University of Southern California School of Medicine. A devout Greek Orthodox Christian, he was a member of the Saint Katherine Greek Orthodox Church in Redondo Beach. He founded the St. Katherine Church Foundation which provides college scholarships to the church's young men and women who have excelled scholastically and in service to the community and was a charter member of the Hellenic American Medical and Dental Society which grants scholarships for medical and dental school to southern California students of Greek heritage. He is survived by beloved children: daughter, Evelyn Mortland (Scott); two sons, Dr. Mark Halikis (Janice) and David Halikis (Elizabeth); treasured grandchildren: Bethany, Krysta, Elleney, Gregory, Larry, Aidan and Taso; and many cousins, nephews and nieces. He was preceded in death by his wife of 55 years, Cynthia and brothers: Spyros Halikis and Dr. Michael Halikis (Rosalind). His friends and family will sorely miss him and remember him for his dedication, humility, kindness, humor and charity. Memorial service will be held Friday, January 16 at 7:00 PM and funeral service Saturday, January 17 at 11:00 AM, both at St. Katherine Greek Orthodox Church in Redondo Beach, CA. Donations in his memory may be made to the St. Katherine Church Foundation or to the St. Katherine Church Building Fund at 722 Knob Hill, Redondo Beach, CA 90277.