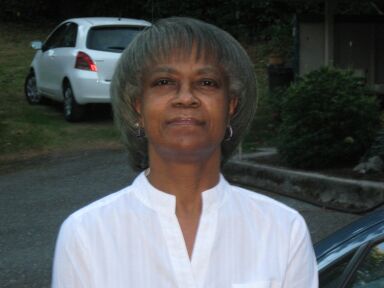 Delores Marie Crenshaw was born to Arvet and Dan Brown on November 23, 1951 in Los Angeles, California; she was the seventh of eight children. She graduated from John C. Fremont High School in Los Angeles, California. After graduating from high school she attended Idaho State University in Pocatello, Idaho where she studied audiology and speech pathology. While attending college in Idaho she met and married her husband Larry Crenshaw. Shortly after their marriage they moved to Washington State where they raised their family. Although she was far away from her mother, brothers and sisters, she did not want to raise her children in a big city so she chose to live in the suburban area of Everett Washington where she lived until her death. Delores was a very private individual who was loving and kind. She loved to read and loved the holidays. Delores would always speak her mind and had an opinion about anything and everything. She was a devoted mother who loved her children more than she could express. She was an intelligent and fun loving woman with a unique personality. Delores is survived by her three loving children, daughters Thema and Takirah and son Nicholas, as well as a daughter-in-law Megan, sisters Ceola Dennis, Rubye Fannin, Mary Louise Alexander, and Mary Jane Brown, and brother Daniel Brown. Her husband and mother preceded her in death and her children have chosen to bring her back to California so her final resting place would be near her mother and many close relatives. She also leaves behind a host of nieces and nephews, grand nieces and nephews, and great nieces and nephews who will surely miss her. A gathering of family & friends will be held at McCormick Mortuary in Inglewood on Monday November 5, 2012 from 4 to 8pm. The Service will be held at the Mortuary on Tuesday November 6 at 11am. Burial will follow at Inglewood Park Cemetery in Inglewood. Check back to view the online video tribute.