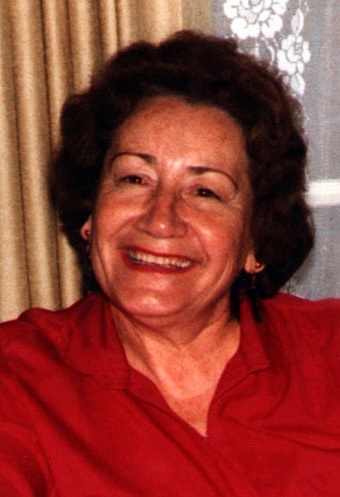 In Loving Memory Delia Contreras September 7, 1931 – August 22, 2016 Delia Contreras passed away peacefully in her home in Redondo Beach on Monday August 22, 2016 after struggling with Alzheimer's for nine years. She was 84 years old. She was a beloved wife, mother, grandmother, sister, aunt and friend. She loved to sing and dance. Gardening, and cooking for her family, brought her great joy. She maintained a sweet and simple demeanor throughout her life that won the trust and hearts of many people. Her signature gift of joy, shown through her constant smiling, laughter and joking around, will never be forgotten. Delia was preceded in death by her husband Frank and daughter Lorena Decker (Tom). She is survived by her sons, Mario, Robert and Rody Contreras; her daughters, Alma (Donn) Plewes and Veronica (John) Carnahan; and grandchildren Jake and Dylan Plewes, Rusty Decker, Emily, Brody and Frances Contreras, and Danny, Sean and Caeley Carnahan. A funeral service celebrating her life will be held on Tuesday August 30, 2016 at 10:30 a.m. at Rice Mortuary in Torrance.