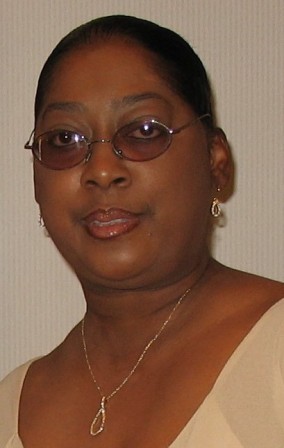 Deborah Lynn Jackson was born November 6, 1954 to Edward Kelker (who preceded her in death) and Elise Kelker of Los Angeles, California. Deborah was the youngest of four children, Two brothers Charles & Edward (Butch) both preceded her in death, and sister Carolyn. Deborah grew up in Los Angeles where she attended 96th Street Elementary School, and attended Peniel Church of God In Christ with her family. The Kelker family moved to the west side of Los Angeles, in the late 1960's where Deborah completed middle school and graduated from George Washington High School. Deborah met Larry Jackson in 1972 and once Larry got past Deborah's Brother Butch, he began frequenting the Kelker home. Of course Deborah's father was quite protective of her, but finally gave Larry the ok to visit with Deborah. Larry spent a lot of time at the Kelker home. Debbie was on the shy side, but somehow peaked a new attitude when Larry came around and her nieces and nephews who were there would be laughing and giggling watching this thing call dating take place. It seems that Larry was just as intrigued with Deborah as she was with him, and Larry loved watching Deborah twirl her baton, after all, that's what caught his eye with her. Larry got a kick out of that and she knew it. Deborah went on to attend L.A. City College. In 1982, Larry Jackson and Deborah Kelker were married and to that union, a beautiful baby girl name Kimberly was born. It was the beginning of a new kind of life for Deborah. Although she was the perfect auntie helping to care for all of her nieces and nephews, the birth of her daughter gave a new meaning to motherhood. Kimberly was her pride and joy. She loved buying and dressing Kimberly in the prettiest little dresses and those ruffled socks. Deborah was a very quiet and reserved woman, who loved spending time with her mother (Mimi), and would always surprise her with love gifts that she either purchased online or from her favorite catalogs. Deb had an outpouring of love for cooking and she loved watching the latest food network shows, and scrolling through magazines for recipes. One of Deborah's greatest passion was cooking for her husband, and Larry loved her cooking. She enjoyed discussing politics with her mom, niece and cousin. Deborah had unconditional love for her husband and family, and was always supporting whatever the kids in the family were doing. You could always count on Debbie. Deborah was employed with the County of Los Angeles holding various positions. In 2014 Deborah retired from the County with over 30 years of dedicated service. Deborah leaves to cherish her memory, her devoted husband, Larry Jackson, One daughter, Kimberly Jackson, her mother, Elise Kelker, Mother in law Jeweline Jackson, Grandmother in law Zelma Pride, one sister, Carolyn Jacobs, a sister/cousin Ira Graham, Three sister in laws Silvia Wildridge, Jennifer Jackson (Gerald) and Elizabeth Floyd. One Brother in law Darryl Jackson, two aunts, Johnnie B. Johnson, & Laney Graham one aunt in law Debbie Anderson. One uncle in law William Davis, 13 nieces, 10 nephews, 16 great nieces, 11 great nephews, 3 great great nieces and a host of other relatives and friends. Let us not forget the love she had for the family cats, Onyx, Oreo, and Panda.